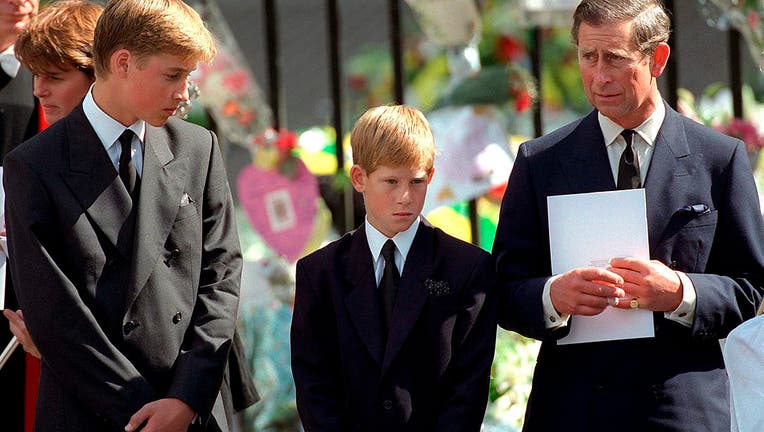 LONDON - As the United Kingdom enters a period of mourning following the death of Queen Elizabeth II, the ongoing traditions have evoked memories of another royal family member to pass on: Princess Diana.

Anticipation of the Elizabeth’s funeral have left some to speculate how different the queen’s memorial will be to that of the mother of Prince William and Prince Harry, who’s father is now King.

British media recently compared photos of flowers placed outside London’s Buckingham Palace to photos taken after the death of Diana, former princess of Wales, in 1997. She was 36-years-old.

The nation and frankly, the world, was shocked by the death of Diana. Thousands of mourners flocked to Buckingham Palace and Kensington Palace to leave flowers, letters, gifts and more. Approximately 60 million blooms covered the area according to a report from The New York Times.

Prince William and his brother Harry walked behind the gun carriage in a procession on Wednesday for the queen. It was the first time they did so together at a funeral since their mother’s.

Speaking to one woman, Prince William said: "I mean the walk yesterday was challenging, it brought back a few memories..." the BBC reported. 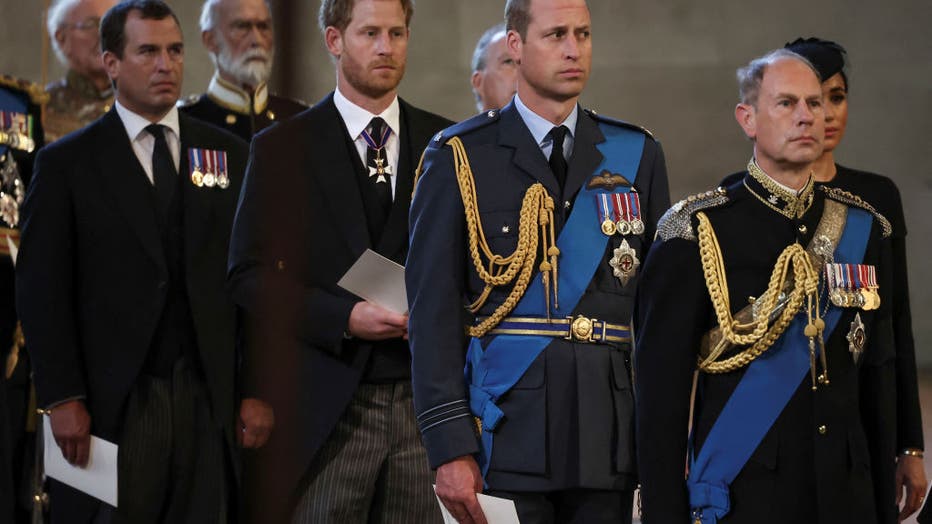 Speaking to reporters in 2017, Prince Harry described his experience of walking behind his mother’s coffin when he was a child.

"I don't think any child should be asked to do that, under any circumstances. I don't think it would happen today," he told Newsweek.

What’s planned for the queen’s funeral?

Buckingham Palace released details Thursday of the state funeral of the queen who died Sept. 8 at age 96 and private interment later Monday.

Two minutes of silence will be observed across the United Kingdom at the end of Queen Elizabeth II’s state funeral at Westminster Abbey on Monday.

The state funeral will be attended by some 2,000 guests, including visiting heads of state and other dignitaries.

After the service, Elizabeth's coffin will be transported through the historic heart of London from Westminster Abbey to Wellington Arch near Buckingham Palace on a horse-drawn gun carriage with Charles and other royals walking behind.

The coffin will then be driven in the state hearse to Windsor for a committal service at St. George's Chapel near Windsor Castle, where the coffin will be lowered into the Royal Vault and the sovereign’s piper will play a lament, the Archbishop of Canterbury will pronounce the blessing and the congregation will sing "God Save The King."

Princess Diana’s funeral, held less than a week after her shocking death in a high-speed Paris car crash, drew more than a million people to London. Millions more watched on TV.

Among the 2,000 guests gathered for the 45-minute funeral were then-first lady Hillary Rodham Clinton, royalty from across Europe, celebrity friends of Diana from the worlds of entertainment and fashion - including movie stars Tom Cruise and Tom Hanks, and opera’s Luciano Pavarotti - and many others.

Pool television cameras were operated under instructions not to show the royal family during the service.

The mixture of old and new at the royal church - solemn choral music, Diana’s favorite hymn, "I Vow To Thee My Country," and Elton John’s song, originally written for Marilyn Monroe and reworked for Diana - reflected her life and passions, reported the Associated Press whose columnist attended the funeral.

The Associated Press contributed to this story.  Editor's note: Pool video has since been removed from this story due to usage restrictions from the royal family.