Peter J. Skandalakis, the lead prosecutor appointed by Georgia Attorney General Chris Carr, determined Garrett Rolfe was justified in shooting Brooks in 2020 and dismissed charges against him and Devin Brosnan.

"The result is the right one based upon law and facts," Skandalakis said.

The investigation and analysis of several video sources determined Brooks took Brosnan's Taser and fired it at him. Investigators said Rolfe determined Brooks posed an immediate threat when wielding the Taser.

"It's my conclusion that the use of deadly force was objectively reasonable," investigator and former prosecutor Danny Porter said.

The Atlanta police officers involved in the deadly shooting of Rayshard Brooks will not face murder and assault charged. Prosecutors believe their actions were justified, but Brooks' family doesn't see it that way.

Brooks, a 27-year-old Black man, was shot and killed by officer Garrett Rolfe outside a Wendy's restaurant after failing a sobriety test, fighting with two officers, taking a Taser from one and running away. While fleeing, Brooks aimed the Taser at Rolfe, who then shot Brooks twice in the back, killing him, surveillance video shows.

Skandalakis said Brosnan received a concussion from the struggle with Brooks and was "out of it." He and Porter called Rolfe's use of force "objectively reasonable" because the circumstances were "intense and rapidly evolving."

The shooting was days after the death of George Floyd in Minneapolis and during the height of the COVID-19 pandemic when some people were isolated in their homes.

Skandalakis contrasted this case to the deaths of George Floyd and Ahmaud Arbery, which both saw murder convictions.

Neighbors held a memorial at the Wendy's where he died, 2 years after his death.

Atlanta was among U.S. cities where large crowds of protesters took to the streets.

Following the special prosecutor's announcement, Atlanta Mayor Andre Dickens released a statement saying in part, "we must maintain  our commitment to the work of creating safe communities through collaboration between police and the people they serve."

The full statement is below:

"Over the last two years, our country has been engaged in important discussions about policing in America. We must maintain our commitment to the work of creating safe communities through collaboration between police and the people they serve.

"In Atlanta, we hold ourselves to the highest standards. Through engagement with community advocates, the Atlanta City Council, the Atlanta Police Department and others, we have listened and moved forward proactively with significant reforms. The Department has reviewed its standard operating procedures and enhanced training on how to deescalate confrontations. We are continually investing in training to ensure our officers make up the most qualified and proficient force in the country.

"As Mayor, I remain committed to building the bonds of trust between our residents and the public safety personnel who serve us."

The Atlanta Police Department said in a statement that it had "faith in the criminal justice system" and that the department "respects the special prosecutor's decision in the case."

Both Officer Rolfe and Officer Brosnan are still employed with APD and are currently on administrative duty, according to the department. They stated both officers will undergo Georgia P.O.S.T. recertification and training. 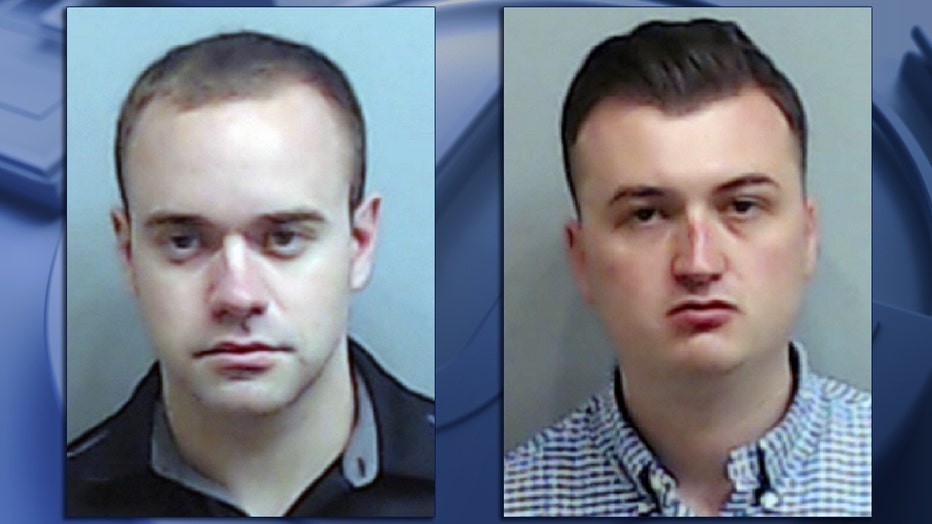 The Atlanta Police Department released this video from Officer Garrett Rolfe's patrol vehicle of the deadly shooting of Rayshard Brooks at the Wendy's on University Avenue in Atlanta on June 12, 2020.

The Atlanta Police Department first fired Garrett Rolfe, then later reinstated him with back pay. He's charged with murder and is currently on administrative leave pending the outcome of his trial.

Shields is now chief of the Louisville Metro Police Department in Kentucky.

The mayor announced that former Assistant Police Chief Rodney Bryant would serve as the interim chief. Interim Chief Rodney Bryant said police officers called out sick Thursday to protest the filing of murder charges against Garrett Rolfe. Bryant, who came out of retirement to step in as police chief, was appointed as the full-time chief by then-mayor Kiesha Lance Bottoms.

Timeline of the case

June 12, 2020: At around 10:30 p.m Atlanta Police Department Officer Devin Brosnan responded to a 911 call about a man who was asleep in his car while in line at the Wendy’s located on University Avenue. Video shows an officer wake Brooks up and ask him to move to a parking space. Body camera video shows Rolfe arrived at the scene minutes later. He also spoke with Brooks and then the video shows a DUI test being conducted. Later, Officer Rolfe asks Brooks to perform a breath test, after which Officer Rolfe began to place him under arrest. That is when the scuffle took between Brooks and the officers began. Brooks was shot and killed. The Fulton County Medical Examiner told FOX 5 that Brooks' cause of death was from two gunshot wounds to his back that "injured organs and caused significant blood loss." Rolfe’s lawyers later said he feared for his and others’ safety and was justified in shooting Brooks. Rolfe opened fire after hearing a sound "like a gunshot and saw a flash in front of him," apparently from the Taser.

June 13, 2020: Mayor Keisha Lance Bottoms announced that she had accepted the resignation of Atlanta Police Chief Erika Shields. Wendy's where the shooting took place is set on fire by demonstrators.

Aug. 5, 2020: Garrett Rolfe files a petition to get his job back, saying the City of Atlanta "willfully and blatantly failed to abide" by city ordinances designed to give employees due process, such as notice and the opportunity to be heard, before they can be fired. That same day, Fulton County District Attorney’s Office asked a judge to revoke Rolfe's bond, arguing he went out of state on a vacation. The judge denied that motion.

Sept. 28, 2020: Georgia Bureau of Investigation turned over the findings of its investigation to the Fulton County District Attorney's Office.

May 5, 2021: The Atlanta Civil Service Board concluded after reviewing the case that Rolfe was not afforded his right to due process and revoked his dismissal from the Atlanta Police Department.

June 4, 2021: Fulton County District Attorney Fanni Willis is disqualified from prosecuting the defendants in the death of Rayshard Brooks due to the fact they might be called as witnesses, a judge ruled.

June 10, 2022: Rolfe and Brosnan file a joint lawsuit against the city of Atlanta. The lawsuit said the officers’ constitutional rights were violated, and the two were falsely arrested after shooting and killing Brooks.

Aug. 23, 2022: Special prosecutor Skandalakis drops all charges against the officers. Skandalakis’s team determined the officers’ use of force was justifiable and there was no criminal intent.