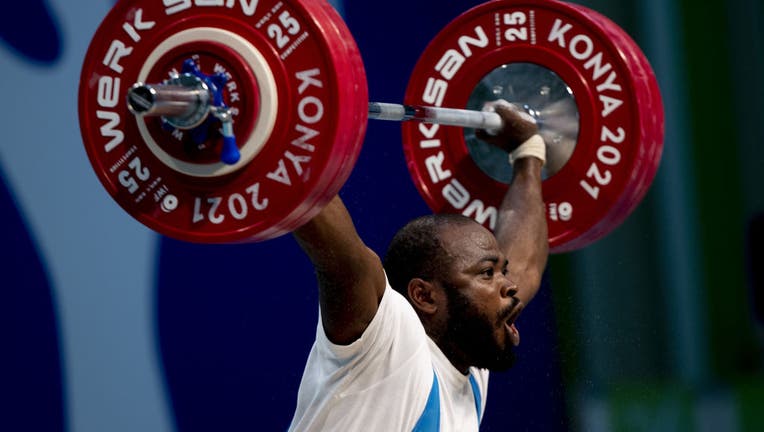 ROCKVILLE, Md. - A new study suggests that regularly pumping iron could lower the risk of death in older adults.

A team of scientists from the National Cancer Institute recently published their findings in the British Journal of Sports Medicine.

However, researchers said a weekly exercise routine should include both weightlifting and aerobic activities to have an additive effect.

For the study, researchers drew participants from the Prostate, Lung, Colorectal and Ovarian (PLCO) Cancer Screening Trial that began in 1993 and included 154,897 men and women aged 55–74.

TeamUSA weightlifter speaks out on doping concerns within sport

Wes Kitts spoke with FOX Television Stations about weightlifting not being allowed in the Los Angeles 2028 Olympic Games.

The study’s results included the responses of 99,713 people; 28,477 of them died over an average of 9½ years of monitoring. The average age at the start of the monitoring period was 71, and the average weight (BMI) was 27.8 kg/m2 which is defined as overweight.

Nearly 1 in 4 (23%) respondents said they engaged in some weightlifting activity. Sixteen percent said they regularly exercised with weights between one to six times a week. Nearly a third (32%) were sufficiently aerobically active.

RELATED: Katie Couric reveals she was diagnosed with breast cancer

However, researchers found that those who engaged in weightlifting and aerobics had an even lower risk of death, as much as 47% in certain scenarios.

Researchers said they don’t know the cause between weightlifting and longevity; however, they said weightlifting can produce a leaner body, which is associated with a lower risk of death.

"Our finding that mortality risk appeared to be lowest for those who participated in both types of exercise provides strong support for current recommendations to engage in both aerobic and muscle-strengthening activities," the study’s authors said in a statement.

"Older adults would probably benefit from adding weightlifting exercises to their physical activity routines," they continued.