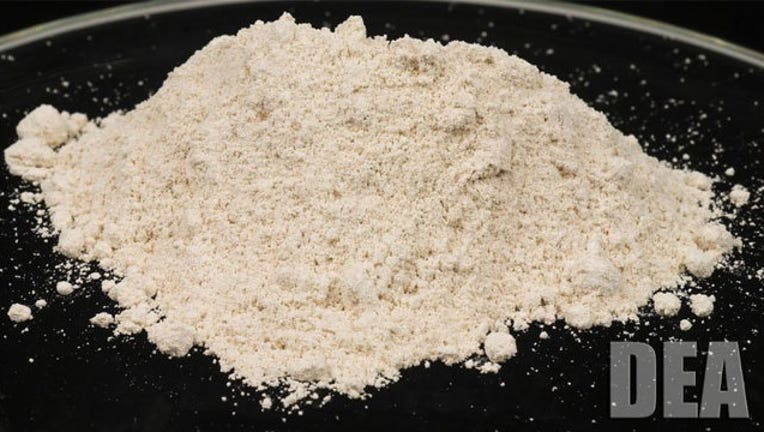 Powdered heroin is pictured in this undated photograph (DEA)

TRENTON, NJ (WTXF) - A young Trenton, New Jersey boy who had previously taken heroin to school in his lunch box, was found to have crack inside his personal belongings earlier this week, according to a report.

Back in September, police were called to the International Academy of Trenton after a 5-year-old student was found to have 30 packets of heroin in his lunch box.

Police tell The Trentonian newspaper a teacher thought the 5-year-old was playing with a candy wrapper when she looked in his lunchbox and found 29 other packets of the drug.

Thursday, the Trentonian reported that the boy has now been taken away from his family and placed in foster care, after a teacher told police that she found crack cocaine inside a folder belonging to the boy this week.

The paper reports that a Mercer County family court judge issued an injunction to prevent the paper from publishing details from the case.

The boy's father and a female companion were charged with child endangerment following the September incident.