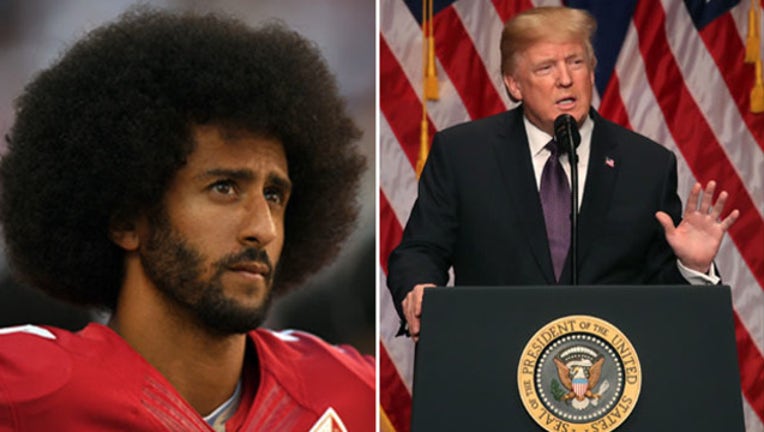 (FOX NEWS) - Colin Kaepernick’s legal team is reportedly expected to seek federal subpoenas in the next few weeks in order to get President Trump and Vice President Mike Pence, among possible others, to testify in the quarterback’s grievance case against the NFL.

Kaepernick’s lawyers hope to dive into the White House’s political involvement with the league during the quarterback’s free agency and the league’s handling of player protests, Yahoo Sports reported Thursday, citing sources with knowledge of the collusion case.

The former San Francisco 49ers star will have to jump through another set of hoops while trying to get the White House involved in its case.

According to Yahoo, Kaepernick’s legal team will have to convince the system arbitrator overseeing the grievance case that Trump, Pence and others’ testimony would be relevant and make an impact on the case. If the arbitrator grants the request, the lawyers will then have to seek the subpoenas in a district court under the Federal Arbitration Act. Should both hurdles be cleared, it could call into question whether Trump, and others, could be forced to sit for depositions.