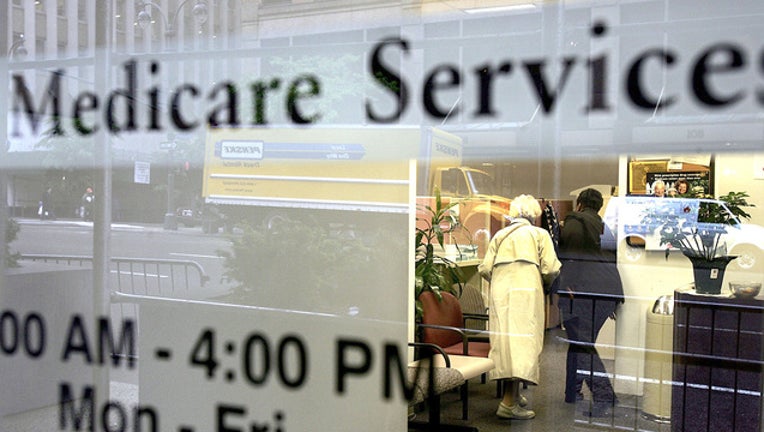 WASHINGTON (AP) - Medicare's financial problems have gotten worse, and Social Security's can't be ignored forever, the government said Tuesday in an annual assessment that amounts to a sobering checkup on programs vital to the middle class.

The report from program trustees says Medicare will become insolvent in 2026 - three years earlier than previously forecast. Its giant trust fund for inpatient care won't be able to cover projected medical bills starting at that point.

The report says Social Security will become insolvent in 2034 - no change from the projection last year.

The warning serves as a reminder of major issues left to languish while Washington plunges deeper into partisan strife.

More than 62 million retirees, disabled workers, spouses and surviving children receive Social Security benefits. The average monthly payment is $1,294 for all beneficiaries. Medicare provides health insurance for about 60 million people, most of whom are age 65 or older.

Together the two programs have been credited with dramatically reducing poverty among older people and extending life expectancy for Americans. Financed with payroll taxes collected from workers and employers, Social Security and Medicare account for about 40 percent of government spending, excluding interest on the federal debt.

Unless lawmakers act, both programs face the future prospect of being unable to cover the full cost of promised benefits. With Social Security that could mean sharply reduced payments for some retirees, many of whom are already on tight budgets. For Medicare, it could mean that hospitals, nursing homes and other providers of medical care would be paid only part of their agreed-upon fees.

Medicare's problems are widely seen as more difficult to solve. It's not just the growing number of beneficiaries with the baby boom generation moving into retirement. It's also the unpredictability of health care costs, which can be jolted by high-priced breakthrough cures, and which regularly outpace the overall rate of economic growth.

President Donald Trump campaigned on a promise that he wouldn't cut Social Security or Medicare, but he hasn't offered a rescue plan for either program.

But government deficits keep rising, and the recent Republican tax-cut bill is only expected to add to the debt. That leaves less maneuvering room for policymakers when the day of reckoning finally arrives for Social Security and Medicare.

In principle, the U.S. is supposed to be paying forward its Social Security and Medicare obligations by building up trust funds to cover future costs. That money is invested in special government securities, which also collect interest. But when the money is actually needed to pay for benefits, economists say a government deep in debt could be hard pressed to make good.

House Speaker Paul Ryan, R-Wis., has long been an advocate for overhauling the programs, introducing a voucher-like system for Medicare and calling for partially privatizing Social Security. But now that Ryan is leaving Congress, it's unclear who will take up the mantle for budget hawks. In any case, Republicans may have damaged their credibility on budget issues by voting to increase government spending and cut taxes.

Many Democrats don't see a need for immediate action. Their formula is likely to involve tax increases to help keep the programs solvent.