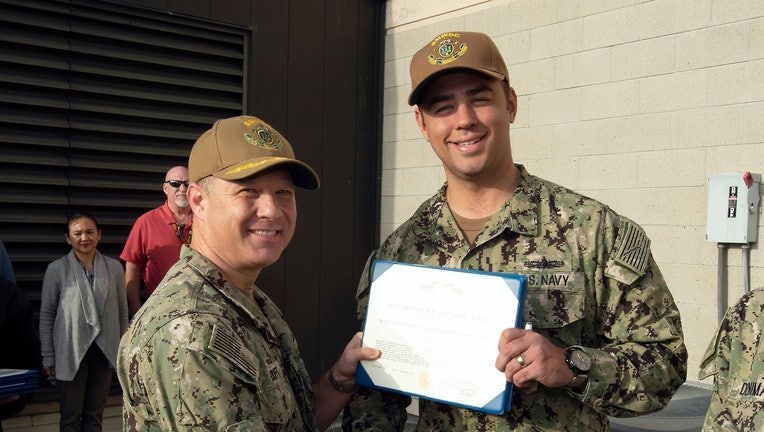 For Ridge Alkonis, a U.S. Navy lieutenant living in Japan, a springtime trip with his wife and three children to Mount Fuji was intended as fun and leisurely family time before an expected deployment.

What happened next, and why, is a matter of dispute. But it gave rise to a three-year prison sentence.

In the telling by Alkonis' family and supporters, the naval officer abruptly lost consciousness in the car, causing him to slump over behind the wheel after suffering acute mountain sickness. Japanese prosecutors and the judge who sentenced him contend he fell asleep while drowsy, shirking a duty to pull over immediately.

No matter the cause, Alkonis' car veered into parked cars and pedestrians in a parking lot, striking an elderly woman and her son-in-law, both of whom later died. With a Japanese court set to hear an appeal Wednesday of Alkonis’ prison sentence, his parents are pleading for leniency for an act they say was nothing more than a terrible accident but that prosecutors view as deadly negligence. He is home in Japan pending the appeal.

"The word that comes to our mind is fairness. We want him to be treated fairly for an accident," said Alkonis’ father, Derek Alkonis, of Dana Point, California. "We don’t feel like it’s been that way. We know it hasn’t been that way. And it concerns us that our son has been given a three-year prison sentence for an accident."

The victims’ families could not be contacted by The Associated Press because their names are redacted in court records reviewed by the AP.

The upcoming hearing is the latest development in the case against Alkonis, 34, a specialist in underseas warfare and acoustic engineering who has spent nearly seven years in Japan as a civilian volunteer and naval officer.

In the spring of 2021, after a period of land-based assignments, the Southern California native was preparing for a deployment as a department head on the USS Benfold, a missile destroyer.

On May 29, 2021, with the assignment looming, his family set out for an excursion of Mount Fuji hiking and sightseeing. 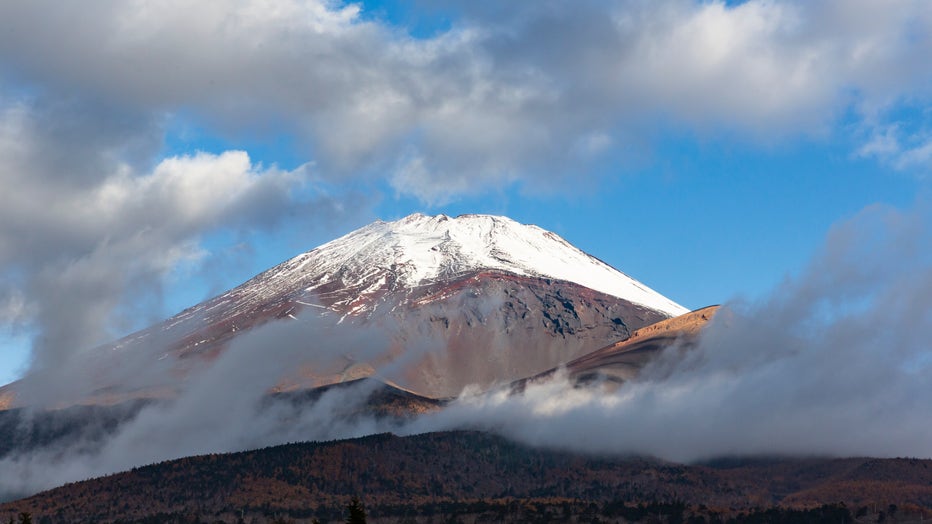 They had climbed a portion of the mountain and were back in the car, heading to lunch and ice cream near the base of Mount Fuji. Alkonis was talking with his daughter, then 7, when his family says he suddenly fell unconscious behind the wheel. He was so out of it, they say, that neither his daughter's screams to wake up nor the impact of the collision roused him.

After the crash near Fujinomiya, he was arrested by Japanese authorities and held for 26 days in solitary confinement at a police detention facility, interrogated multiple times a day and was not given a medical treatment or evaluation, according to a statement of facts provided by a family spokesman. That statement says that when American authorities arrived to take Alkonis into custody and return him to a U.S. base, he already was held by the Japanese.

He was indicted on a charge of a negligent driving, resulting in death, and sentenced last October to three years in prison. The charge carries up to seven years imprisonment in Japan. He has appealed.

English-language court records obtained by the AP show that the judge expressed skepticism over the mountain sickness claim, citing an initial statement from Alkonis to police in which he said he felt drowsy after driving through mountainous curves.

He later testified to feeling sudden mountain sickness — a finding supported by a neurologist's June 2021 diagnosis — but the judge said such a sensation should have abated as Alkonis drove down the mountain.

The judge said that though it was conceivable Alkonis was suffering from light mountain sickness, it was difficult to imagine he went from not feeling drowsy at all to becoming suddenly incapacitated.

A Navy spokesperson said Alkonis remains on active duty and that the Navy has provided him and his family "with the whole-person care and support they need." A lawyer for Alkonis declined to comment.

The case is playing out against the backdrop of long-standing concerns by Japan about bad behavior, however sporadic, by the tens of thousands of U.S. service members in the country and a sense that they are afforded preferential treatment. A 2014 AP investigation found that at U.S. military bases in Japan, most service members judged culpable in sex crimes in recent years did not go to prison, with offenders instead routinely punished by demotions, fines or removal from the military.

This case is different, though, in that Alkonis is not accused of acting with any nefarious intent, and he and his family say they have taken repeated steps to express remorse and to accept responsibility.

The family says they were encouraged by Alkonis' lawyer to cooperate, plead guilty and pay restitution to the victims' families — which they did, by signing a $1.65 million settlement, about half of which was raised from savings and friends and family.

"Ridge has said from day one, minute one: All he wants to do is help this family. He feels the burden of what happened that day," said his mother, Suzi Alkonis. "We all do."

Eric Feldman, a professor of Japanese law at the University of Pennsylvania, said that instinct is especially understandable in Japan, where the criminal justice system values expressions of remorse and where payment to victims can sometimes avert criminal prosecution. It's a system that gives particular focus to serving the interests of victims.

"There’s a general view that what you don’t want to do in Japan is to continue to proclaim one’s innocence," Feldman said.

In this case, however, the criminal case has not gone away, and Suzi Alkonis said it was frustrating that displays of remorse can seem to actually work against her son in the courtroom. She feels anxiety for her son, uncertain of the lasting impact the case will have on his military career, but also pain for the victims.

"There are people who make really bad decisions and there’s mercy for people who make bad decisions," she said. "We feel like we would love a little mercy because Ridge has spent his lifetime trying to make good decisions. And then to have an accident come out of the blue, it’s already hurt one family so badly — and it’s hurting this one."