WASHINGTON - President Joe Biden said Thursday that the risk of nuclear "Armageddon" is at the highest level since the 1962 Cuban Missile Crisis, as Russian officials speak of the possibility of using tactical nuclear weapons after suffering massive setbacks in the eight-month invasion of Ukraine.

Speaking at a fundraiser for the Democratic Senatorial Campaign Committee, Biden said Russian President Vladimir Putin was "a guy I know fairly well" and the Russian leader was "not joking when he talks about the use of tactical nuclear weapons or biological or chemical weapons."

Biden added, "We have not faced the prospect of Armageddon since Kennedy and the Cuban Missile Crisis." He suggested the threat from Putin is real "because his military is — you might say — significantly underperforming." 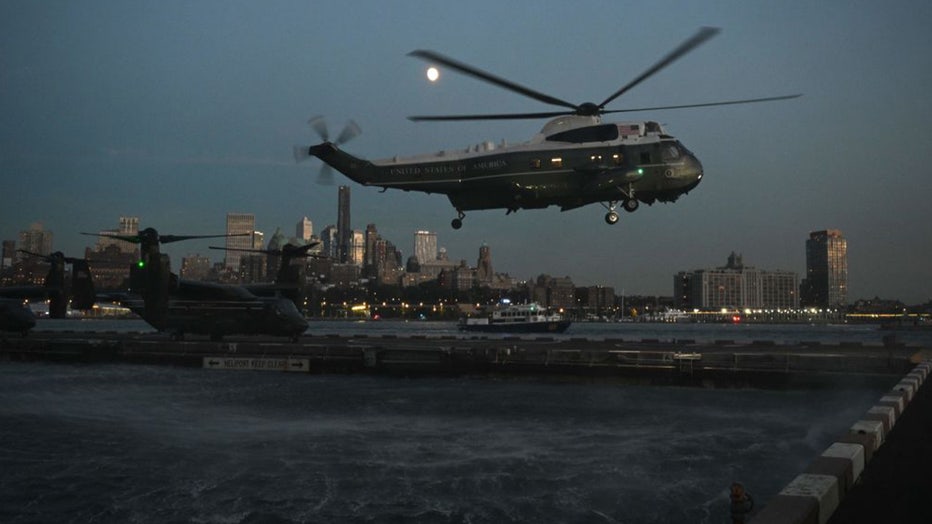 U.S. officials for months have warned of the prospect that Russia could use weapons of mass destruction in Ukraine as it has faced a series of strategic setbacks on the battlefield. As recently as this week, though, they have said they have seen no change to Russia’s nuclear forces that would require a change in the alert posture of U.S. nuclear forces.

"We have not seen any reason to adjust our own strategic nuclear posture, nor do we have indication that Russia is preparing to imminently use nuclear weapons," White House press secretary Karine Jean-Pierre said Tuesday.

Biden also challenged Russian nuclear doctrine, warning that the use of a lower-yield tactical weapon could quickly spiral out of control into global destruction.

"I don’t there is any such a thing as the ability to easily use a tactical nuclear weapon and not end up with Armageddon," Biden said.

Speaking to Democratic donors, Biden said he was still "trying to figure" out Putin's "off-ramp" in Ukraine.

RELATED: Kyiv’s city council to give out potassium iodine pills in case of Russian nuclear attack

Putin has repeatedly alluded to using his country's vast nuclear arsenal, including last month when he announced plans to conscript Russian men to serve in Ukraine.

"I want to remind you that our country also has various means of destruction ... and when the territorial integrity of our country is threatened, to protect Russia and our people, we will certainly use all the means at our disposal," Putin said Sept. 21, adding with a lingering stare at the camera, "It’s not a bluff."

White House national security adviser Jake Sullivan said last week that the U.S. has been "clear" to Russia about what the "consequences" of using a nuclear weapon in Ukraine would be.

"This is something that we are attuned to, taking very seriously, and communicating directly with Russia about, including the kind of decisive responses the United States would have if they went down that dark road," Sullivan said.

"He understands that after the use of nuclear weapons he would be unable any more to preserve, so to speak, his life, and I’m confident of that," Zelenskyy said.