More than 100 years ago the fur trade wiped otters out of the Detroit River and pollution kept them out - until University of Windsor student Eric Ste-Marie's video.

DETROIT (FOX 2) - "A straight-up river otter in the Detroit River. Have you ever heard of something so controversial?"

That was Eric Ste Marie talking with an air of excitement in his voice as he filmed an historic sight in Southeast Michigan.

Long absent from what was a swampy and biologically diverse region, otters haven't been spotted in the Detroit area for decades. But then on April 25, a video taken by Ste Marie that was uploaded to Twitter defied historic expectations about the city's dwindling wildlife.

"I thought it was a mink or a muskrat, something I'll normally see in the river," said Ste Marie. "But as it got closer, it was too big to be one of those."

It didn't have a flatted tail like a beaver either. The furry mammals have also begun to make more frequent appearances near downtown, specially on Detroit's Belle Isle. 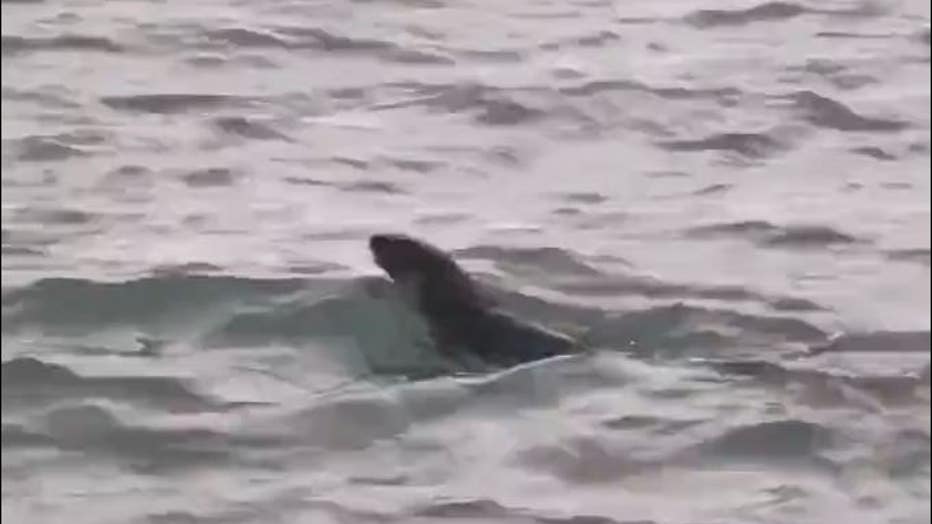 "So a river otter was the only possibility. Then we got really excited," said Ste Marie, who studies the behavior of Greenland sharks in the Canadian Arctic at the University of Windsor.

MORE: In 1969 the Rouge River burned. 50 years and more than a billion dollars later, life has returned to the water

Ste Marie thought it might be a seldom-seen sight, but he wasn't aware of just how rare it is. When he asked some local experts what they thought, the reaction carried equal excitement.

Experts believe a confirmed otter sighting in the Detroit River is one of the first in over 100 years.

Back before Detroit was home to the auto industry and a sprawling metropolis of millions of people, it was a popular source for the bustling fur trade centuries ago. But industry superseded conservation, and both beaver and otter populations were decimated as a result.

MORE: How the Great Lakes got their names

Pollution and habitat loss only added to the barriers that wildlife faced in the region.

The reappearance of an otter, a keystone species whose presence (or absence) is an indicator of the surrounding environment's health, is a good sign for biologists. It also follows a trend of growing wildlife slowly moving back to the area.