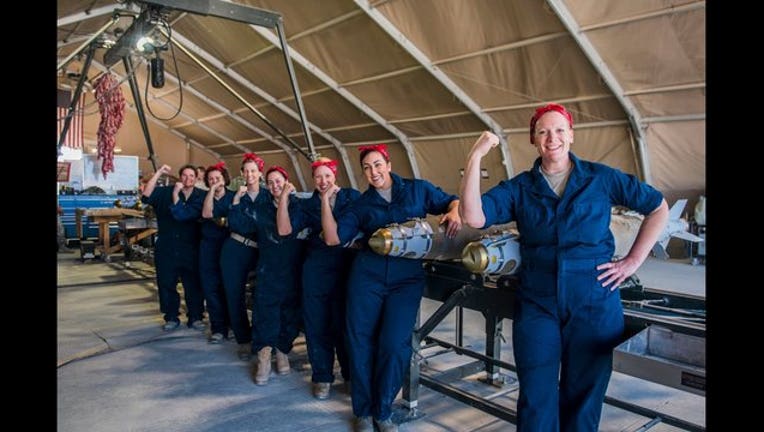 TAMPA (FOX 13) - When does Rosie the Riveter join the fight against ISIS? When the U.S. Air Force marks Women’s History Month.

The Air Force shared a photo this week featuring several Airmen dressed as the iconic WWII character, striking her iconic pose alongside some very modern weaponry: a dozen GBU-38 bombs.

According to the Air Force, the precision guided weapons are destined to be dropped on ISIS fighters in the Middle East.