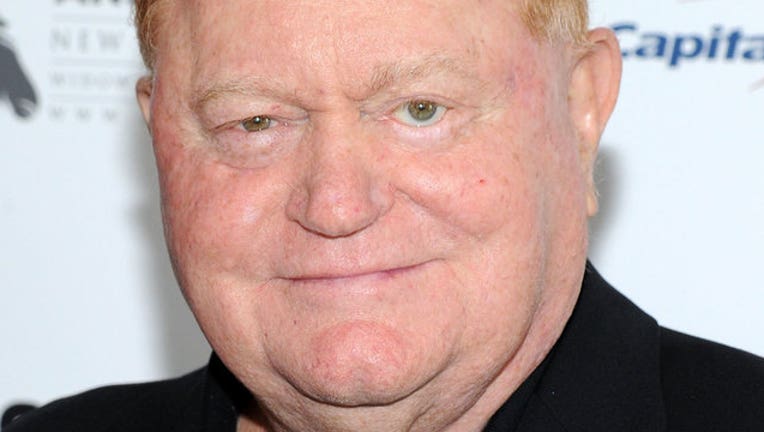 NEW YORK (AP) - Rusty Staub, the orange-haired outfielder who became a huge hit with baseball fans in two countries during an All-Star career that spanned 23 major league seasons, died Thursday. He was 73.

He died after an illness in a hospital in West Palm Beach, Florida, hours before the start of the baseball season, the New York Mets said in a statement. The team learned of the death from friends of Staub who were with him at the time, a spokesman added.

Affectionately dubbed "Le Grand Orange," Staub was a six-time All-Star and the only player in major league history to have at least 500 hits with four teams. He became a huge hit with fans in the U.S. and Canada, most adored in New York and Montreal.

He broke into the majors as a teenager with Houston, lasted into his 40s with the Mets and spent decades doing charity work in the New York area.

"There wasn't a cause he didn't champion," the Mets said.

Staub was the first star for the expansion Montreal Expos in 1969, embraced by French-Canadian fans at Parc Jarry who appreciated that he learned their language.

He made three straight All-Star teams with Montreal and hit a career-high 30 home runs for the last-place Expos in 1970. Though he spent only three full seasons in Montreal, plus a 38-game reunion in 1979, his No. 10 became the first uniform jersey retired by the team in 1993.

Long after the Expos moved to Washington and were renamed the Nationals before the 2005 season, he remains one of the most beloved players in franchise history.

Staub was traded to the Mets in 1972 and one year later helped lead them to a surprising National League pennant. Spurred by a now-famous rallying cry from reliever Tug McGraw - "Ya Gotta Believe!" - the Mets upset heavily favored Cincinnati, with Staub socking three home runs in the first four games of their best-of-five NL playoff.

Staub separated his right shoulder when he crashed hard into the outfield wall to make a fantastic catch in the 11th inning of Game 4. He sat out Tom Seaver's decisive win in Game 5 and missed the World Series opener against Oakland, yet returned to the lineup the following game.

Barely able to make weak, underhand throws during the Series, he still batted .423 with a home run, two doubles and six RBIs as New York lost in seven games. In all, Staub hit .341 with 11 RBIs in his only postseason, a clutch and gritty performance that endeared him to Mets fans forever.

New York traded Staub to Detroit in December 1975 and he made his final All-Star team with the Tigers in 1976. He had 121 RBIs and finished fifth in AL MVP voting in '78, becoming the first major leaguer to play all 162 games in a season at designated hitter.

Staub re-signed with the Mets before the 1981 season and was a player-coach for them in '82. Late in his career, often sporting black batting gloves and choking way up on the bat, he became one of baseball's best pinch-hitters, tying an NL record in 1983 with eight consecutive pinch-hits and equaling a major league mark with 25 pinch-hit RBIs.

His final season was 1985, one year before the Mets won the World Series. After spending nine seasons with New York, he was inducted into the team's Hall of Fame in '86 and when he was honored at Shea Stadium, smiling ex-teammates such as Keith Hernandez and Darryl Strawberry wore long, orange wigs for the on-field ceremony.

Only 11 days after his heart attack - Staub was revived by doctors and nurses aboard the flight as it returned to Ireland - he threw out the first pitch at Citi Field before a Mets playoff victory in 2015.

"It's a little mind-boggling that I'm here, considering what went down," Staub told MLB.com that night. "I mean, I was tap dancing in front of Saint Peter. He could have taken me easily. But maybe he had some more good for me to do. You know, I do some pretty good work. And I don't know how much time I've got. So I guess I better hurry up."

The next April, he was on hand again to help raise the NL championship banner.

At the end of his distinguished career, Staub founded the New York Police and Fire Widows' and Children's Benefit Fund. The charity has raised tens of millions of dollars and provided additional support to families of first responders killed in the line of duty.

Following the 9-11 terrorist attacks in 2001, Mets players and coaches donated their entire salaries from their first game back, about $450,000, to Staub's foundation.

Staub also helped serve meals to thousands of the hungry and homeless at food pantries across New York City through Catholic Charities, with funds from his annual golf tournament and wine auction dinner.

"Rusty helped children, the poor, the elderly and then there was his pride and joy The New York Police and Fire Widows' and Children's Benefit Fund," the Mets said.

Born and raised in New Orleans, Daniel Joseph Staub was called Rusty because of his bright red hair. He made his major league debut with the Houston Colt .45s in 1963, eight days after his 19th birthday, and led the NL with 44 doubles in 1967 for the renamed Astros, earning his first All-Star selection.

Playing mostly right field and some first base, too, Staub retired with a .279 career average, 292 home runs and 1,466 RBIs.

He was the only player with at least 500 hits for four teams (Astros, Expos, Mets and Tigers) and he joins Ty Cobb, Alex Rodriguez and Gary Sheffield as the lone players to homer in the majors before age 20 and after 40.

He appeared on the Hall of Fame ballot seven times, never receiving more than 7.9 percent of the vote. He dropped off after getting 3.8 percent in 1997.

He is survived by brother Chuck and sisters Sue Tully and Sally Johnson.