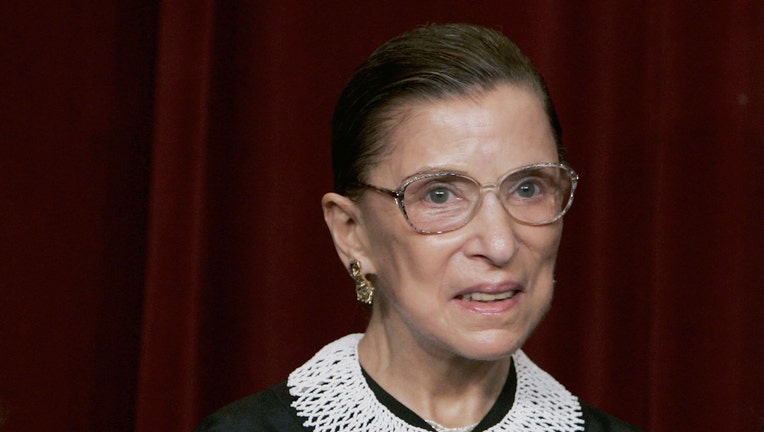 The trademark fashion of late Supreme Court Justice Ruth Bader Ginsburg will go up for auction next week in a sale to benefit at-risk children.

According to Bonhams auction house, more than 100 personal items belonging to Ginsburg will be sold, including two of her signature collars and pairs of gloves.

"My mother made The New York Times’ Style section and People’s ‘Worst Dressed’ list in the same year, the latter accusing her of ‘a crime of fashion,’" her son James Ginsburg said. "While her sartorial choices may have caused controversy in some circles, it’s wonderful to see the broad reach of her ideals and reasoning and how much she is loved and appreciated."

Proceeds from the auction will create The RBG Endowment Fund, an arm of SOS Children’s Villages, which cares for children without parents or kids who are at risk of losing parental care.

A January auction of Ginsburg’s personal library "smashed pre-sale estimates," Bonhams said. The "white glove sale," meaning everything up for auction was sold, brought in more than $2.4 million and more bidders than any online auction in Bonhams history.

The new auction will run at Bonhams online from Sept. 7 - Sept. 16.

Ginsburg spent her final years on the bench as the unquestioned leader of the court’s liberal wing and became something of a rock star to her admirers. Young women especially seemed to embrace her, affectionately calling her the Notorious RBG, for her defense of the rights of women and minorities, and the strength and resilience she displayed in the face of personal loss and health crises.

Those health issues included five bouts with cancer beginning in 1999, falls that resulted in broken ribs, insertion of a stent to clear a blocked artery and assorted other hospitalizations after she turned 75.

Ginsburg was a mother of two, an opera lover and an intellectual who also liked to show off her femininity. At argument sessions in the ornate courtroom, she was known for digging deep into case records and for being a stickler for following the rules.

Other items in the auction include: