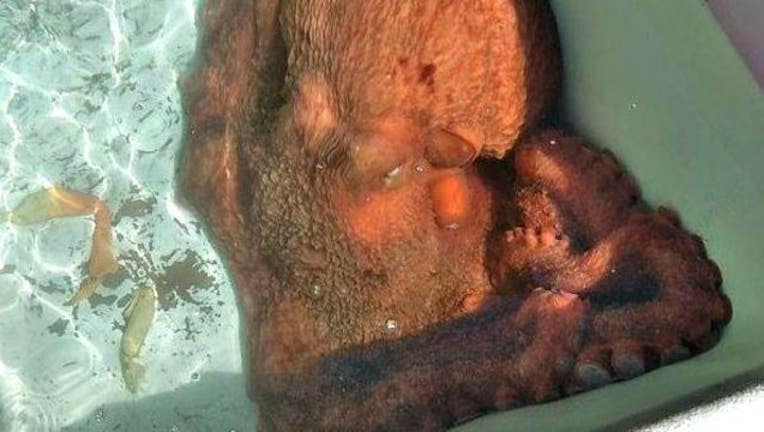 SAN LUIS OBISPO, Calif. (KTVU) - A 70 pound octopus named Fred is getting a second chance at freedom thanks to a benevolent restaurant owner.

When Giovanni DeGarimore, owner of Giovanni's Fish Market, heard a local fisherman was selling the octopus, he decided to purchase him with the sole intention of releasing 'Fred' back into the wild.

DeGarimore, an avid diver, has taken a moral position to no longer support the sale of any octopus products. Although he makes his livelihood from selling seafood, he felt conflicted when it came to selling octopus.

According to the San Luis Obispo's Tribune, DeGarimore's opinion changed after he dived with an octopus in Fiji and basically played hide-and-go seek with the animal. When he witnessed the intelligence first hand, he had a change of heart.

Gio said "It might not change the world, but I'm going to do one thing and if it only makes me and Fred happy that's ok too."