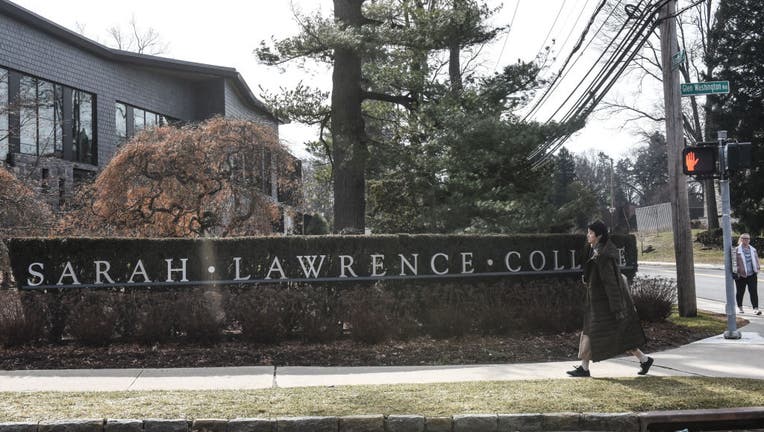 BRONXVILLE, NY - FEBRUARY 12: An exterior view of Sarah Lawrence College is seen on February 12, 2020 in Bronxville, New York. Lawrence Ray, the father of a former student at the school, has been indicted on extortion, sex trafficking and other charg

Lawrence "Larry" Ray, the man behind a multi-million dollar sex cult scandal involving students at Sarah Lawrence College in New York, is facing life in prison after he pleaded guilty to 15 charges, including sex trafficking and violent assault, in April 2022.

Ray, 62, of Piscataway, New Jersey, initiated the scheme in 2010 after visiting his daughter at the private liberal arts college about 30 minutes north of Manhattan.

"Over a period of years, he intentionally inflicted brutal and lifelong harm on innocent victims that he groomed and abused into submission," Assistant U.S. Attorney Mollie Bracewell wrote in a Saturday letter to New York Judge Lewis Liman recommending a life sentence.

Bracewell continued: "Once he had established control over his victims, he exploited them for his own profit through extortion, sex trafficking, and forced labor. While the defendant’s victims descended into self-hatred, self-harm, and suicidal attempts under his coercive control, the evidence showed that the defendant took sadistic pleasure in their pain and enjoyed the fruits of their suffering."

The then-50-year-old moved into his daughter's dorm room at the college and worked to gain the trust of her roommates who eventually became his victims, including Daniel Levin, Isabella Pollok, Claudia Drury, and Santos Rosario. Rosario's siblings also eventually got involved.

Ray made significant efforts to gain their trust before grooming them and turning them into his "slaves," coercing the victims into commercial sex acts, unpaid labor at his property in North Carolina, and extensive physical labor, according to the Justice Department.

Ray "obstructed justice and threatened his victims with retaliation" if they spoke out against his crimes in an effort to maintain his lifestyle. The then-50-year-old forced multiple victims to admit to false crimes on video as leverage to maintain control their lives, according to court documents.

In Dury's case, she was a "19-year-old college sophomore with an interest in math and a plan to take the LSAT" when she met Ray.

Dury testified that Ray made $2.5 million off of her sexual exploitation.

Articles found in Ray's possession had the following titles, according to prosecutors: "Mind Control: The Ultimate Terror," "The Mind has no Firewall," and "Cult Membership: What factors contribute to joining or leaving."

Ray is also expected to owe his victims a total of more than $5 million in restitution, according to a Saturday filing.