SkyFox was over the scene of a school bus that crashed into a utility pole and fire hydrant in Montclair, New Jersey. There were no serious injuries reported.

NEW JERSEY - Emergency crews were on the scene of a school bus crash in Montclair that left the bus driver with non- life-threatening injuries. None of the 14 children aboard were injured, said police.

The bus was on its way to Hillside School at about 9:06 a.m. when it struck a utility pole and a fire hydrant at Park Street and Wildwood Avenue.

The bus driver was taken to a local hospital.

SkyFox was over the scene where the students could be seen standing on a grassy area on the side of the road. 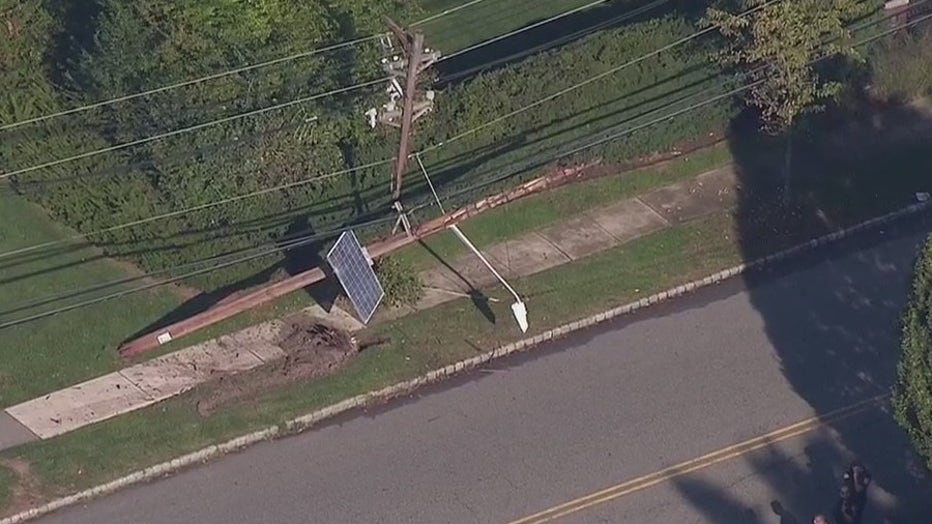 What remained of the pole with a solar panel attached could be seen on the ground behind the bus. (FOX 5 NY)

The bus came to a stop on the opposite sidewalk after crushing what appeared to be parts of the utility pole. What remained of the pole along with an attached solar panel could be seen on the ground behind the bus.

It was not clear why the driver struck the pole or the hydrant.

A police investigation was underway.