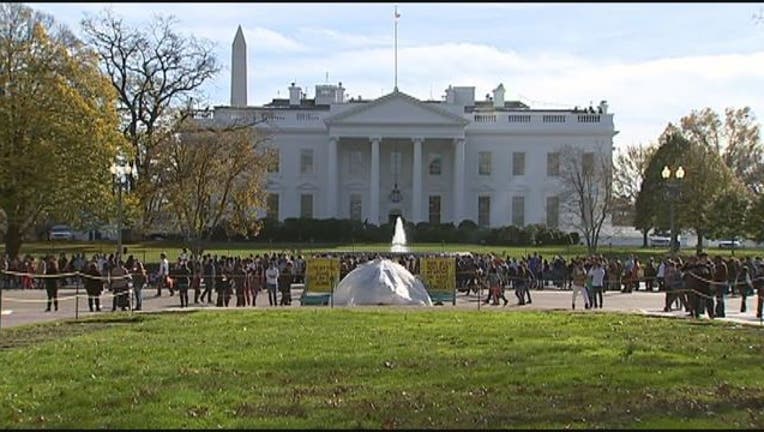 WASHINGTON - WASHINGTON (AP) — The Secret Service says they have taken a man into custody who was carrying a package near the White House after he made suspicious comments to an officer.

A Secret Service official says an explosive ordinance team was on the scene on Tuesday morning to examine the package about a block from the White House.

A security perimeter was established near the White House grounds, but Secret Service officials say all other West Wing activity is proceeding normally.

The investigation comes after two recent fence-jumping incidents at the White House.

A California man was charged with jumping the fence while carrying two cans of Mace. And a woman from Washington state got tangled up in her shoelaces trying to jump the fence last week.