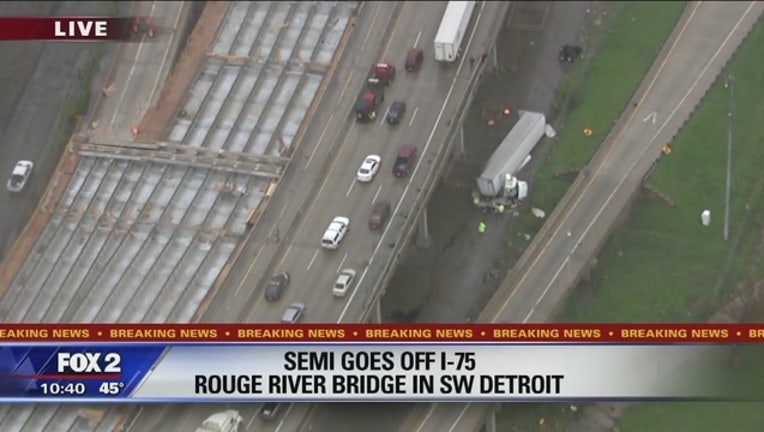 DETROIT (WJBK) - The northbound lanes of I-75 are closed in the area where a semi truck went off an overpass Thursday morning. This is the same area where a two-year long construction has already closed southbound traffic.

Only minor injuries have are being reported after a semi-truck fell off a bridge in the 75 construction zone when it collided with a smaller vehicle.

MDOT closed the northbound lanes between Fort and Shaefer so crews can repair the barricade. The repairs are expected to be done in time for the evening rush.

SkyFOX was above the scene as crews worked to clear the accident scene. CLICK HERE TO WATCH.

Despite the severity of the accident, officials say only minor injuries are reported.

The accident is over the Rouge River Bridge, which is currently under construction for the next two years. CLICK HERE for more information.