A Michigan State Police trooper is lucky to be alive after he was nearly killed by a semi-truck driver who failed to move over when the car was stopped for an emergency. 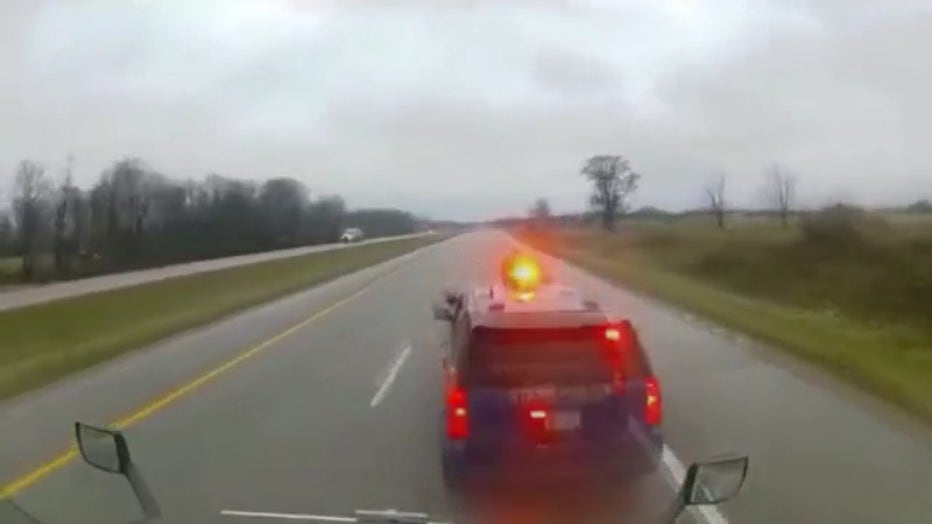 The truck went off the left side off the road onto the median after the crash.

The trooper suffered non-life-threatening injuries, and the truck driver was arrested.

The fact that the trooper lived was described by police as "nothing short of a miracle."

Police used crash as a reminder that Michigan has a "Move Over" law requiring drivers to move over for emergency vehicles.

MSP released photos of both the cruiser and the semi truck, which showed severe damage to both vehicles.