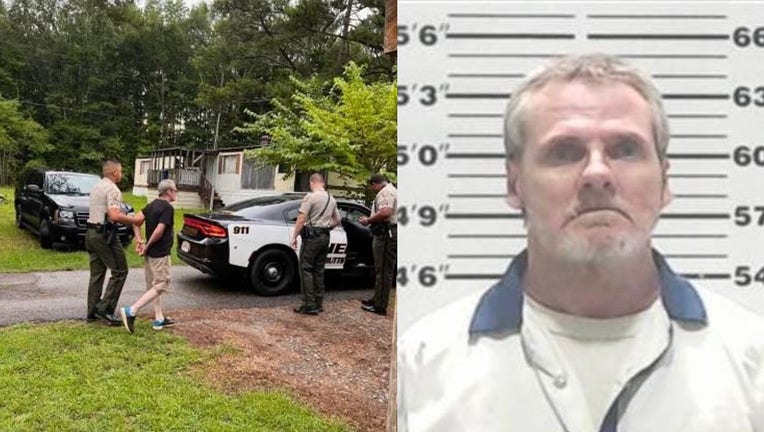 BUTTS COUNTY, Ga. - A convicted sex offender is back behind bars after deputies say he tried to contact a minor while out on parole.

Officials say nearly one month ago, Christopher Baxter was released on parole from the Georgia Department of Corrections and registered as a sex offender in Butts County.

According to the sheriff, Baxter is accused of contacting a female minor in another state and was trying to get inappropriate pictures of her.

"Investigator Riley and Sergeant Munger’s quick action and good work has successfully placed this predator back behind bars, where he belongs," Sheriff Gary Long said. "I hope he spends the rest of his natural-born life caged, where he is no longer allowed access to another innocent child."

Court records show Baxter had been convicted in 2019 for sexual battery of a victim under the age of 16 and child molestation. Officials have not released what he will be charged with this time.