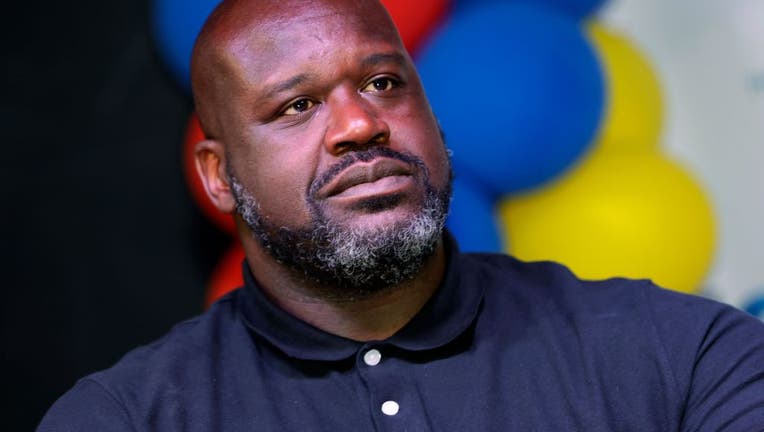 LAS VEGAS, NEVADA - OCTOBER 23: Former NBA player Shaquille O'Neal attends the unveiling of the Shaq Courts at the Doolittle Complex donated by Icy Hot and the Shaquille O'Neal Foundation in partnership with the city of Las Vegas on October 23, 2021

They said it has high ceilings, a spa-like bathroom, and a backyard with a large pool and waterfall, but they wouldn't share any pictures of the home because of a confidentiality agreement.

Instead, they sent a picture of Shaq and the agent, Zac Gideo, who helped him seal the deal last month on the .228-acre lot.

The deal comes weeks after the NBA Hall of Famer announced plans to expand his chicken restaurant chain to DFW.