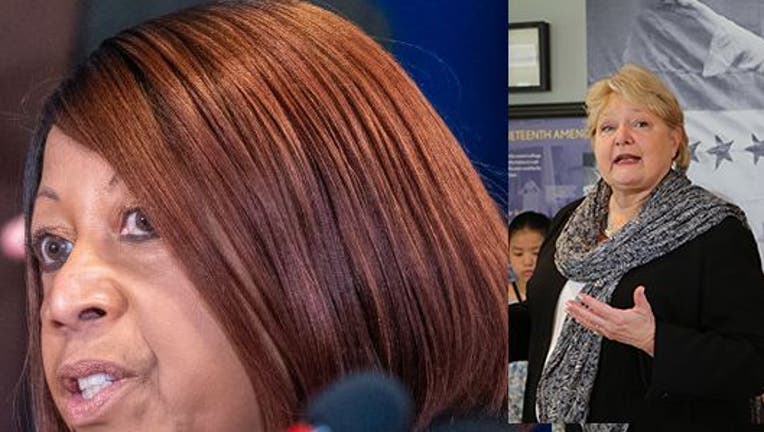 NEW JERSEY - New Jerseyy's two major party candidates for lieutenant governor this year will meet Tuesday in their only debate.

Oliver was elected in 2017 with Gov. Phil Murphy and is seeking a second term as his lieutenant. Allen is running with former Assembly member Jack Ciattarelli.

The Democratic leader discusses the COVID pandemic and the return to school.

Voters are casting ballots for Murphy and Oliver together as a ticket, and Ciattarelli and Allen together, as well. The election is Nov. 2, but mail-in ballots are already being returned to county offices. Early in-person voting is set for Oct. 23-31 for the first time this year.

Oliver serves as the head of New Jersey's Department of Community Affairs in her capacity as the state's No. 2 leader. The department is responsible for, among other things, providing financial and technical help to local governments in the state. She served in the state Assembly before becoming lieutenant governor, serving as speaker from 2010-2014.

Allen served in the Assembly beginning in 1996 before being elected to the state Senate in 1997. She served there, representing parts of Burlington County, until 2017. She was a news anchor in the 1970s through the 1990s on Philadelphia television, with stints on KYW and WCAU.

No Democrat has won reelection in over four decades in New Jersey, but polls have shown Murphy with a lead over Ciattarelli.

The Republican candidate for governor of New Jersey answers questions about the gubernatorial race including how he would handle property taxes.

If Ciattarelli and Allen win in November, Allen would be the state's third lieutenant governor, after Oliver and Republican Kim Guadagno before her.