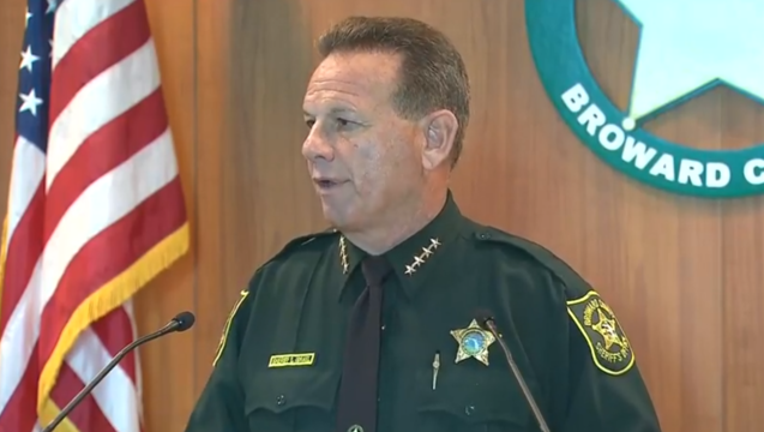 PARKLAND, Fla. (FOX 13) - The Broward County sheriff says the deputy on duty at the school where 17 students and teachers were killed never went inside to engage the shooter.

Sheriff Scott Israel said at a news conference Thursday afternoon that he was "devastated" and sick to his stomach after finding out the school resource officer on duty, Deputy Scott Peterson, was on campus at Marjory Stoneman Douglas High School but never went inside the building during the shooting.

The sheriff said the deputy was spotted on video arriving at the west side of the building where the shooting took place and taking up a position -- but never going in. Investigators say Peterson arrived about a minute and a half after the first shots were fired and did nothing for approximately four minutes. The massacre lasted six minutes.

Deputy Peterson was placed on leave and has since resigned.

The sheriff's office also said it had multiple calls to the department about the shooting suspect, and two other Broward sheriff's deputies are under investigation into whether they could have done more to prevent the Valentine's Day shooting.