Six members of the Haiti delegation participating in the 2022 Special Olympics USA Games in Orlando have been reported missing, according to the Osceola County Sheriff's Office.

KISSIMMEE, Fla. - Six members of the Haiti delegation participating in the 2022 Special Olympics USA Games in Orlando have been reported missing, according to the Osceola County Sheriff's Office.

It has been clarified by a spokesperson for the 2022 Special Olympics USA Games that the individuals are all adults, five of whom are not Special Olympics athletes and one is an adult with an intellectual disability.

Deputies said the missing men were last seen on Monday around 2:30 p.m. at 710 S. Victory Way in Kissimmee, near the ESPN Wide World of Sports Complex.

They've been identified as:

They were in town to participate in the soccer competition of the Games, which kicked off Sunday in Orlando. Authorities said all of them turned in their room keys and left behind their personal bags and belongings. 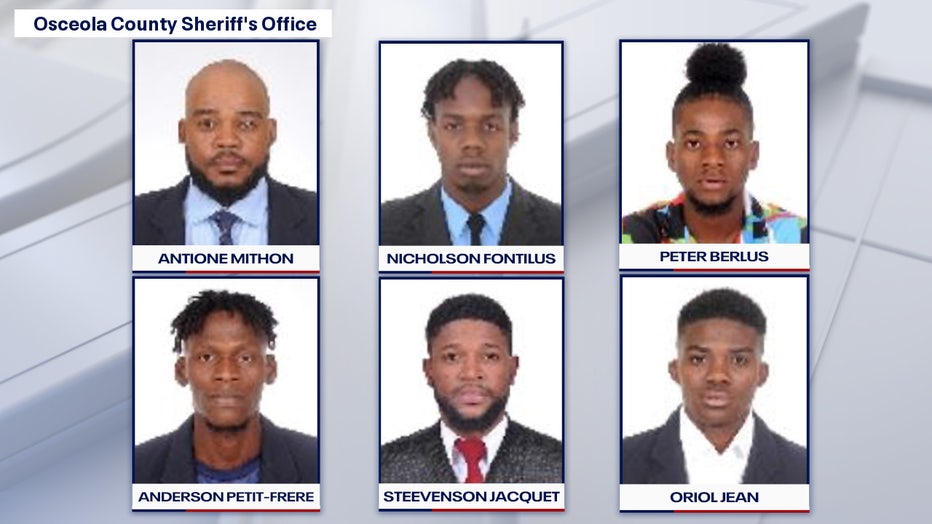 "We are in communication with Walt  Disney World, Special Olympics, and our Law Enforcement and Federal partners," a spokesperson for the sheriff's office said in a statement. "At this time, we believe this is an isolated event and do not suspect foul play."

Local authorities have indicated they have no reason to believe the health and safety of the individuals are at risk.  If you see the six men, you're asked to call the sheriff's office immediately at 321-697-4546, or call 911.