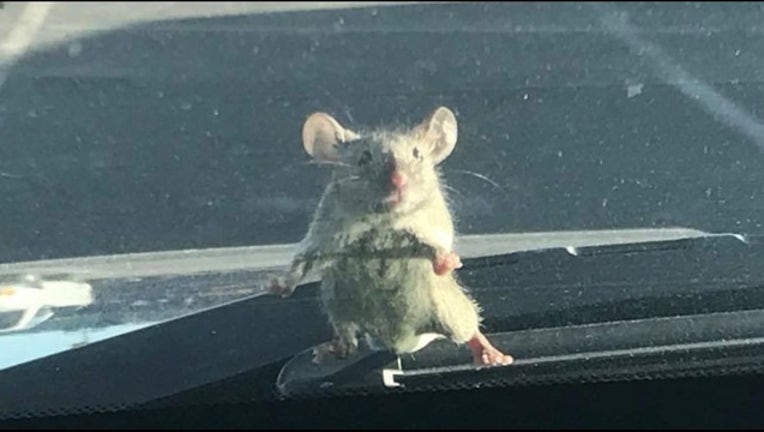 ALAMEDA, Calif. (FOX 11) - A sneaky little suspect hitched a ride with a sheriff's deputy in California.

The Alameda County Sheriff's Department posted a photo on Facebook of a little mouse riding along on the windshield of a deputy's K9 vehicle.

The post says Deputy Dennington was headed to his work assignment at a Golden State Warriors game.

The post continues, "Further investigation revealed the suspect was likely a San Antonio Spurs fan trying to intimidate us. Deputy Dennington was able to use de-escalation techniques and get the rabid fan off his car. Luckily, he was able to snap this photo of the elusive bandit. The suspect was last seen on foot running to a hiding spot. The suspect is 4 inches tall, weighing 1 ounce and wearing a grey and white fury coat."