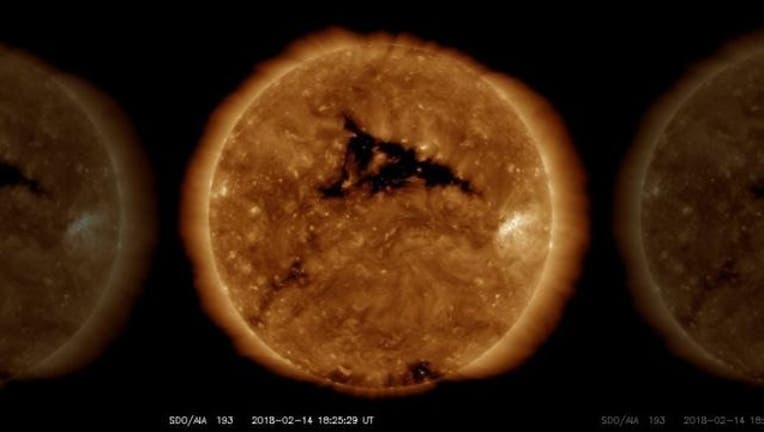 (FoxNews.com) - A solar storm is forecast to hit Earth early Thursday after the sun unleashed a powerful solar flare — a burst of high-energy radiation — Sunday night.

“[CMEs] are huge explosions of magnetic field and plasma from the Sun’s corona,” the Space Weather Prediction Center (SWPC) explained in a post online. “When CMEs impact the Earth’s magnetosphere, they are responsible for geomagnetic storms and enhanced aurora.”

Here’s what you need to know about solar storms — and how they can impact the Earth — before one hits the planet on Thursday.

What is a solar flare?

Magnetic storms on the surface of the sun can cause what is known as “solar flares.”

“A solar flare is an intense burst of radiation coming from the release of magnetic energy associated with sunspots,” according to NASA. “Flares are our solar system’s largest explosive events.”

If the storm is strong enough it will cause a CME, which is what happened in this case.

How do solar storms impact Earth?

There are a variety of things that could potentially happen.

“Geomagnetic storms are more disruptive now than in the past because of our greater dependence on technical systems that can be affected by electric currents and energetic particles high in the Earth’s magnetosphere,” NASA explains.

Should we be worried?

“Some people worry that a gigantic ‘killer solar flare’ could hurl enough energy to destroy Earth, but this is not actually possible,” NASA explained in a 2013 article online.

Solar flares can’t directly hit our planet, but they can, however, cause plenty of disruptions (like the ones listed above).