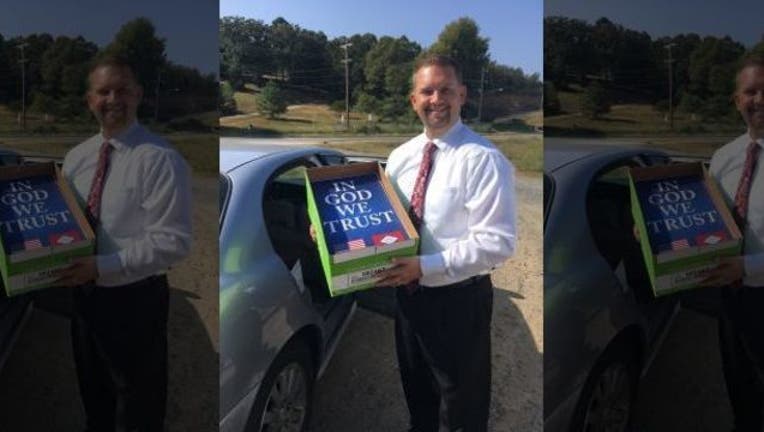 (FOX News) - It’s on our money, our license plates, and the president even used it in the State of the Union.

And now, our nation’s motto is stirring up controversy in South Carolina.

State Rep. Mike Burns’ bill would require schools to prominently display posters, saying “In God We Trust,” as well as the state motto, “Dum Spiro Spero” and its English translation, “While I breathe, I hope.”

The Republican lawmaker mirrored the bill on a law enacted last year in Arkansas that required the national motto, paired with the American flag, to be hung in schools and public buildings, if funding allows.

Read more about the bill on FOXNews.com