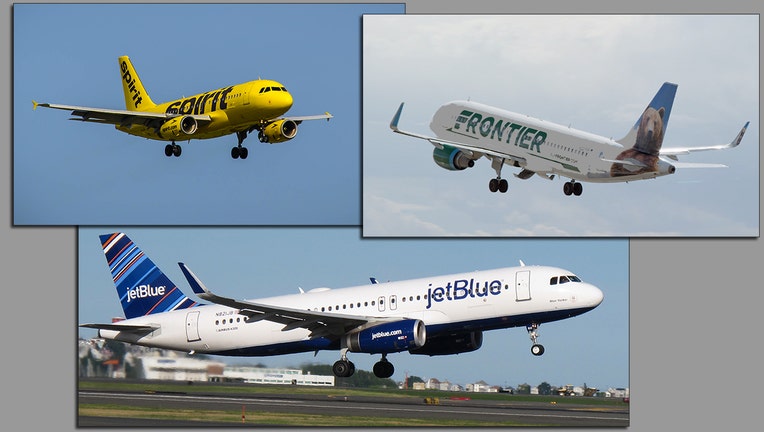 Institutional Shareholder Services Inc. conceded that Spirit's board might be correct in concluding that the Frontier offer has a better chance of winning approval from antitrust regulators. However, the firm said, both bids carry regulatory risks but only the JetBlue offer includes a $200 million breakup fee in case regulators reject it.

ISS said Spirit shareholders should reject the Frontier offer to signal its board to negotiate further with JetBlue, possibly to get a bigger breakup fee.

Shareholders of Miramar, Florida-based Spirit are scheduled to vote June 10 on whether to approve Frontier's stock-and-cash offer, which was valued at $25.83 per share or $2.8 billion when announced in February. The offer's value has sunk 26% to $19.19 per share since then because of a drop in the value of Frontier shares, ISS said.

While New York City-based JetBlue wants to acquire 100% of Spirit, the Frontier offer would let Spirit shareholders keep 48.5% of the new, combined airline.

The Spirit board's view "that more patient shareholders would reap greater benefits by staying invested in a combined Frontier/Spirit could prove out over time," ISS acknowledged. But it said a sale to JetBlue would give Spirit shareholders a significant premium while airline stocks are down and let those who are optimistic about the sector reinvest the premium.