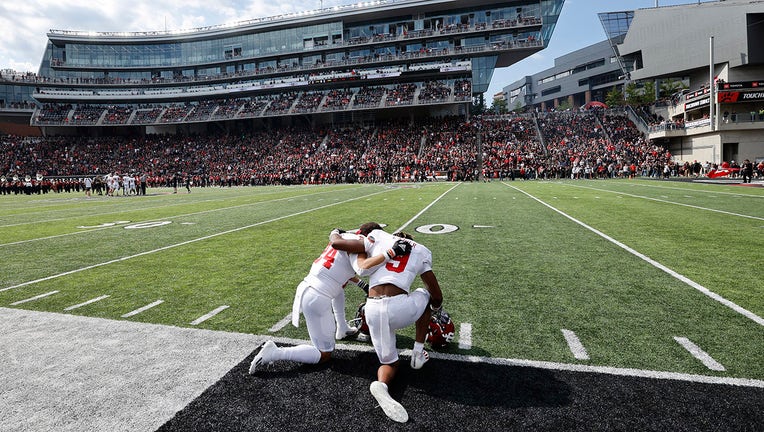 General view as a pair of Indiana Hoosiers players kneel to pray together prior to a college football game against the Cincinnati Bearcats on September 24, 2022 at Nippert Stadium in Cincinnati, Ohio. (Photo by Joe Robbins/Icon Sportswire via Getty I

Dolores Mejia thought the Chicago Bears could use a Hail Mary.

In fact, she said the prayer several times as she watched the 1986 Super Bowl, pairing the intercession to the Holy Mother with two other rosary staples — the Our Father and the Glory Be — before her team defeated the New England Patriots 46-10 and took home their first and only Vince Lombardi Trophy.

"I was ecstatic, but I couldn’t believe it," she said.

While appeals to the divine are not a fundamental part of most sports fans' playbooks, Mejia and others like her believe prayer has the power to influence who goes home the victor. About 3 in 10 U.S. adults say they believe it can play a role in determining who wins a sporting event, and a similar percentage say God plays a role, according to a new poll from The Associated Press-NORC Center for Public Affairs Research.

Among fans of professional sports, 23% say they have prayed about the outcome of a contest, according to the poll. Religious background is a factor: 35% of evangelical fans say they have done so, compared with 21% of fans of other religious faiths. But professional sports fans don’t have to believe to pray. The poll shows that 15% of nonreligious fans say they too have prayed for the outcome of a game.

Mejia, a 73-year-old Catholic and Chicago native now living in Peoria, Arizona, said prayer has been second nature since childhood, and when a game or life gets tense, it can help calm her nerves.

But she has been disappointed often. Today Mejia, who is not a regular at Mass, has stopped praying for the Bears altogether, focusing her appeals to God instead on friends with serious health problems. "The Bears have been doing so terribly. ... I just think we’re not meant to win," she said.

Still, she believes that on that January day in 1986, her Super Bowl prayers were answered. 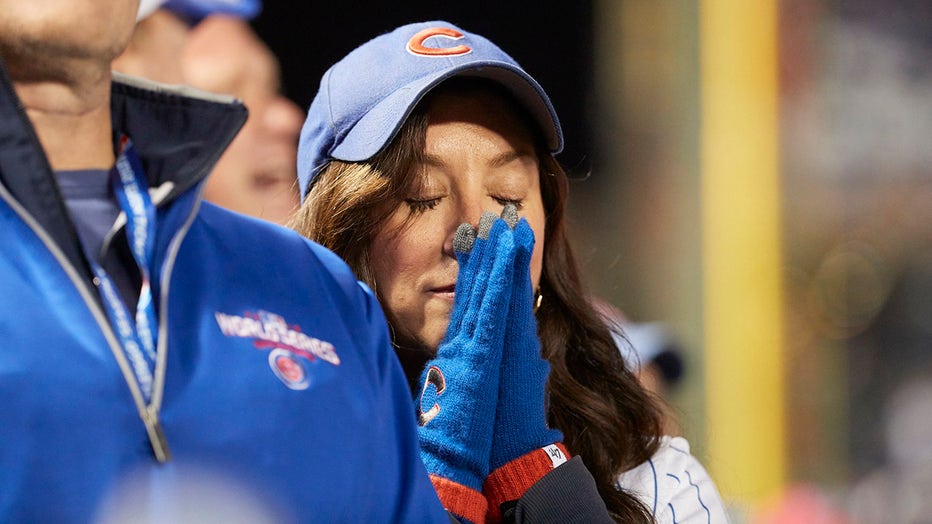 Does that mean God is a Bears fan? Or favors any other team?

"I really don't think God cares who wins," said the Rev. Burke Masters, a Catholic priest who celebrates Mass for players and staff as chaplain for the Chicago Cubs.

During the team's historic 2016 championship run, he was put on the spot to offer a blessing on live TV, prompting him to pray for God to keep the players safe. The Cubs would go on to end a 108-year championship drought — and finally broke what some believed was a curse brought on by a Chicago tavern owner’s pet billy goat.

"Do people pray? Absolutely. I think a lot of people pray. But I think some of it is superstition as well," said Masters, who used to play the game in college and the minor leagues. "Baseball players especially are superstitious. ... I’ve been to people’s homes where they say, ‘Things are going well. Don’t move.’"

From lucky socks to playoff beards, ritualistic acts are entrenched in sports culture. And some think they are effective. About a quarter of U.S. adults say superstitions or rituals can play a role in who wins a sporting event, according to the AP-NORC poll.

The frequency of prayer is similar for games below the ranks of pro sports: 23% of fans of high school or college sports say they pray about the outcome of those games. Prayer is somewhat more common among parents with school-age children, however, with a third praying about their kids’ sporting events. 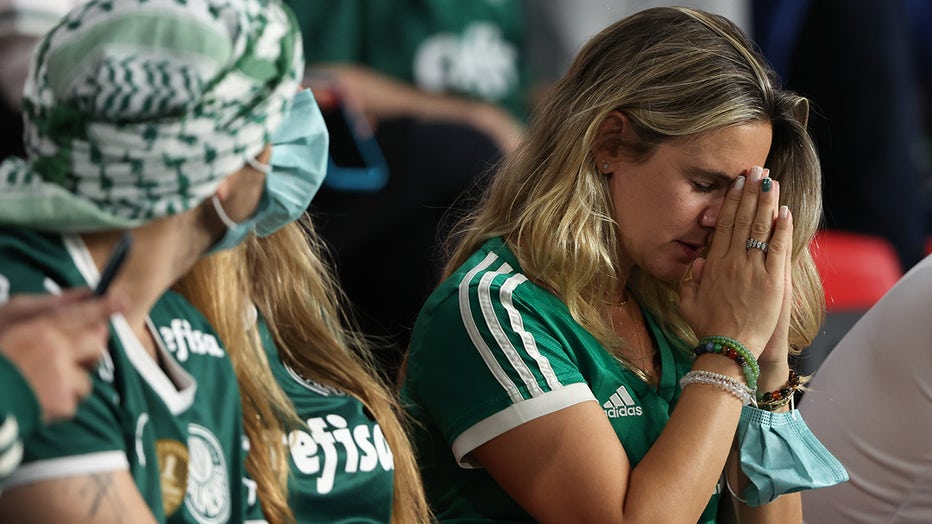 One who does pray about high school football is Daina Patton, a passionate fan of the Odessa High Bronchos. She's in good company in Odessa, Texas, a city so enthusiastic for the sport that it was made famous by the book "Friday Night Lights" and a film and TV series by the same name.

Patton, a 32-year-old member of a Baptist church who does not attend services regularly, prays with her children every night and believes prayer can influence the outcome of a contest. But that’s not her only motive.

"It’s more than just winning the game, because of course we don’t want to be greedy," Patton said. She prays the players don't get hurt and that they get through high school, make good grades and stay good kids.

As a season ticket holder and a Muslim, it’s inevitable that he needs to do one of his five daily prayers while at a stadium. Fakhruddin, a longtime leader at the Islamic Center of Nashville, pops into designated meditation rooms and moves through the ritual: "The prayers will vary. I’ll say, ‘Oh God, let Vanderbilt win.’ Sometimes I’ll just skip ahead and say, 'Oh God, let Vanderbilt win the College World Series.'"

Not all of his requests are for wins. "There’s the prayer that once your team doesn’t make it or the Titans blow it against the Bengals with three interceptions ... then you start thinking, ‘Oh God, get me through this hardship because I'm a suffering as a fan,’" he said.

Sportsmanship is important from a faith perspective because it teaches values like discipline, said the Rev. David Boettner, rector of the Cathedral of the Most Sacred Heart of Jesus in Knoxville, Tennessee. He pointed to Saint Paul using the image of an athlete "to encourage people to run the good race, to fight the good fight."

But Boettner, who is a Tennessee Volunteers fan and the priest of the head coach and athletic director, does not believe God wants to influence the outcome of a game. That includes the Vols' victory over Florida last Saturday on their home turf at Neyland Stadium, a 38-33 nail-biter that snapped a six-game losing streak to their rivals and ended, fittingly enough, on a failed Hail Mary by the Gators.

"I think God values our freedom too much to intervene in a way like that. But is God going to enjoy a good football game? I’d like to think so," Boettner said. Jesus, he noted, liked being social.

"I could very much see Jesus sitting in Neyland Stadium watching a great game and cheering, but not manipulating the outcome."

The poll of 1,054 adults was conducted Sep. 9-12 using a sample drawn from NORC’s probability-based AmeriSpeak Panel, which is designed to be representative of the U.S. population. The margin of sampling error for all respondents is plus or minus 3.9 percentage points.