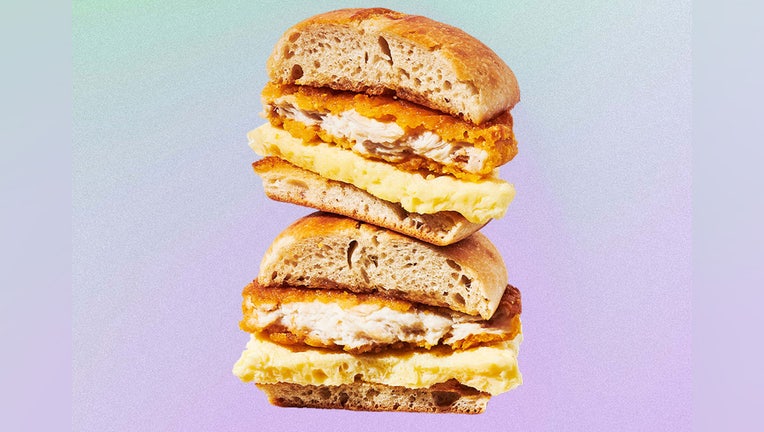 Starbucks pulled its newest chicken sandwich less than a week after it was debuted due to quality standard concerns, though some internet users say the sandwich may have sickened them.

According to a Starbucks spokesperson, the chicken, maple butter and egg sandwich was given a "voluntary stop sell and discard" order on June 26, just days after it was initially launched on June 21.

The only reason given to FOX TV Stations for the item being pulled from stores is that it did not meet the company’s "quality standards," according to an emailed statement from a company spokesperson.

"We issued a voluntary stop sell and discard on the Chicken, Maple Butter and Egg Sandwich because the product didn’t meet Starbucks quality standards. We are committed to a high level of quality in the products that we serve and always act with an abundance of caution whenever a product or quality issue is raised," the statement said.

Meanwhile, customers and even baristas took to social media following the sandwich’s debut after several people reported suffering diarrhea, stomach pain and even vomiting after eating the latest addition to the menu, according to a report from The New York Post.

The Post reported that one person on TikTok claimed she had suffered diarrhea after consuming the sandwich and later tested positive for a campylobacter infection, which occurs when someone eats raw or undercooked poultry, according to the U.S. Centers for Disease Control and Prevention.

Some people also reported biting into pieces of chicken bones and others said the middle of their chicken sandwiches were cold, according to The Post.

Despite these reports, the company insisted the stop sell/discard order issued for the chicken sandwich was not related to any food-borne illnesses.

"This is not an FDA-issued recall nor is it related to salmonella or listeria contamination. The quality issue that was identified by Starbucks would not lead to food-borne illness and any reports linking the stop sale to illness are inaccurate," according to an emailed statement from the company.