TAMPA, Fla. - The Hillsborough County State Attorney's Office has ruled that a deadly shooting outside a downtown Tampa restaurant was an act of self-defense.

State Attorney Andrew Warren says after speaking with witnesses and reviewing the footage from multiple surveillance cameras stationed inside and outside of Bello Bar and Kitchen, the shooting was a "crystal clear-cut case of self-defense."

The shooting happened around 9:30 p.m. on February 27. Prosecutors say the victim, who was identified due to Marsy's Law, was on a date when he ran into three men he knew. They began arguing.

Warren says the three men began to crowd around the victim, then one of the men, Kevin Zayas, threw a punch. 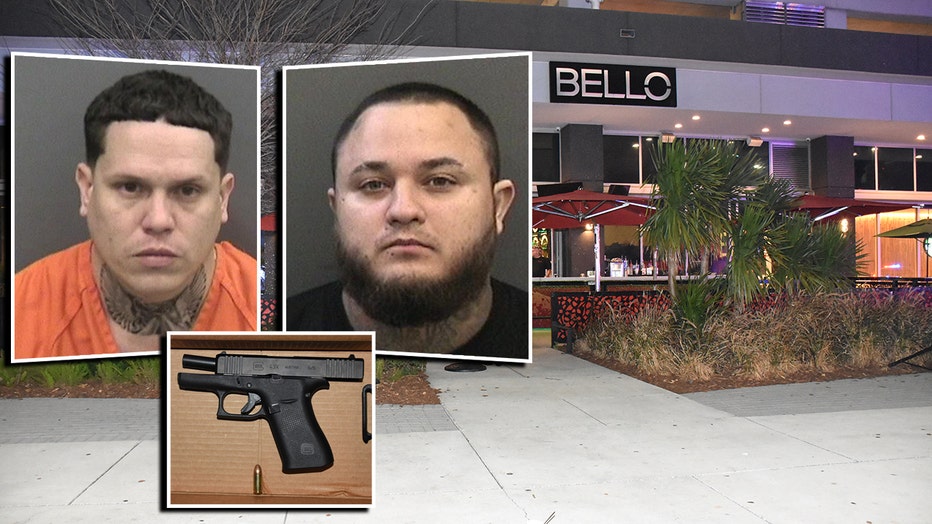 The men were asked to leave, but Warren says another of the men, Freddy Santiago, Jr., armed himself – first with a rocks glass and a butter knife – in order to continue the fight outside.

"They got him on the ground. [Santiago] was stabbing him in the back with a knife. All three were jumping on [the victim]," said Warren "At that point, the victim [is] being attacked by three people."

Previous: Downtown residents wonder if lifestyle is worth it amid shootings

It was a long night for some residents in downtown Tampa, who told FOX 13 that, yet again, their evening was interrupted by gunshots. It’s become a familiar sound for residents who live in the area.

That's when Warren says the victim pulled a handgun, which he was licensed to carry, and fired multiple rounds.

The victim survived with minor wounds from the stabbing and beating. Warren says the victim called 911 and remained on the scene to turn his gun over to law enforcement.

"It's fortunate that he was able to defend himself and that's what the law allows," said Warren. "These three guys went looking for a fight. They found it and they lost. One of them ended up losing his life and two are going to lose their freedom because we're charging them for the initial attack."

Warren said Santiago and Zayas had criminal histories, but Adrian Diaz had a clean record before the incident.