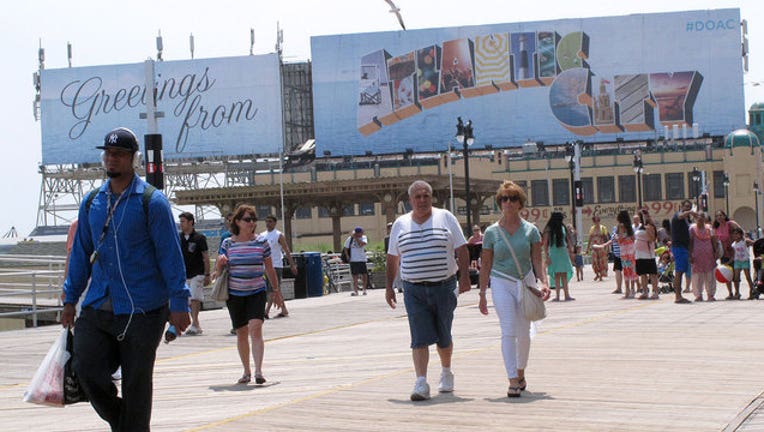 TRENTON, N.J. (AP) — Republican Gov. Chris Christie's administration has seized power in Atlantic City, taking control of the assets and major decision-making in the struggling seaside gambling resort that is half a billion dollars in debt.

The state can now sell assets including the former Bader Field airport property and the city's much-coveted water utility. It also can reverse decisions of the City Council, break union contracts, and hire or fire workers, but declined to give itself the power to file for bankruptcy on behalf of the city.

"This is an example of what this country could turn out to be under Chris Christie and President-Elect Donald Trump, taking away our rights and sovereignty," said Steve Young, an Atlantic City community activist. "Who do we talk to as residents? What will government look like with the state of New Jersey overpowering the residents? We are headed for some bad times, and your city could be next."

Timothy Cunningham, head of the finance board, will oversee the city, unless he appoints someone else to do it. He said one of the first priorities is to determine the way the state will interact with the local government. He could not immediately say what powers the mayor and City Council would retain.

Mayor Don Guardian said the city may challenge the takeover in court, but would give the state a chance to lay out its vision of the new working relationship first.

The takeover occurred a week after the state Community Affairs Department rejected a proposed financial turnaround plan that would have seen the city lay off 100 workers, cut spending and sell its largest tract of vacant land to its water utility, keeping both in private hands.

The state said that plan did not provide sufficient financial stability for a city already heavily dependent on state aid.

The city's financial strife is largely due to the decline of gambling. Atlantic City has seen five of its 12 casinos close since 2014, taxes have more than doubled over the last six years, and the city's base of taxable property has declined by two-thirds in recent years.

In 2006, Atlantic City's casinos took in $5.2 billion; last year that had fallen to $2.56 billion. When times were good and casino money was flowing, that was enough to support the city's spending. But now, not even major cuts are enough to ward off a takeover.

Cunningham said the city's water utility, which it refused to privatize, will be a major part of the solution to the city's financial woes. But he stopped short of endorsing its sale.

The takeover can last for five years, unless the city makes sufficient progress on its finances before then.

"It's an incredible responsibility, one that I've lost sleep over the last few weeks," Cunningham said. "I'm sure I'm going to lose sleep tonight."e is due in large part to the decline of gambling. Atlantic City has seen five of its 12 casinos close since 2014.