The Supreme Court opens its new term Monday, hearing arguments for the first time after a summer break and with new Justice Ketanji Brown Jackson.

Already the court has said it will decide cases on a range of major issues including affirmative action, voting rights and the rights of LGBTQ people. The justices will add more cases to their docket in the coming months.

Here is a look at some of the cases the court has already agreed to hear. The justices are expected to decide each of the cases before taking a summer break at the end of June:

In cases from Harvard University and the University of North Carolina, the court could end any consideration of race in college admissions. If this seems familiar, it's because the high court has been asked repeatedly over the past 20 years to end affirmative action in higher education.

In previous cases from Michigan and Texas, the court reaffirmed the validity of considering college applicants' race among many factors. But this court is more conservative than those were.

The court could further reduce protections for minority voters in its third major consideration in 10 years of the landmark Voting Rights Act, which was enacted to combat enduring racial discrimination in voting.

The case the justices are hearing involves Alabama, where just one of the state's seven congressional districts has a Black majority. That's even though 27% of the state's residents are Black.

A three-judge panel that included two appointees of President Donald Trump agreed that the state should have to create a second district with a Black majority, but the Supreme Court stopped any changes and said it would hear the case. A ruling for the state could wipe away all but the most obvious cases of intentional discrimination on the basis of race. 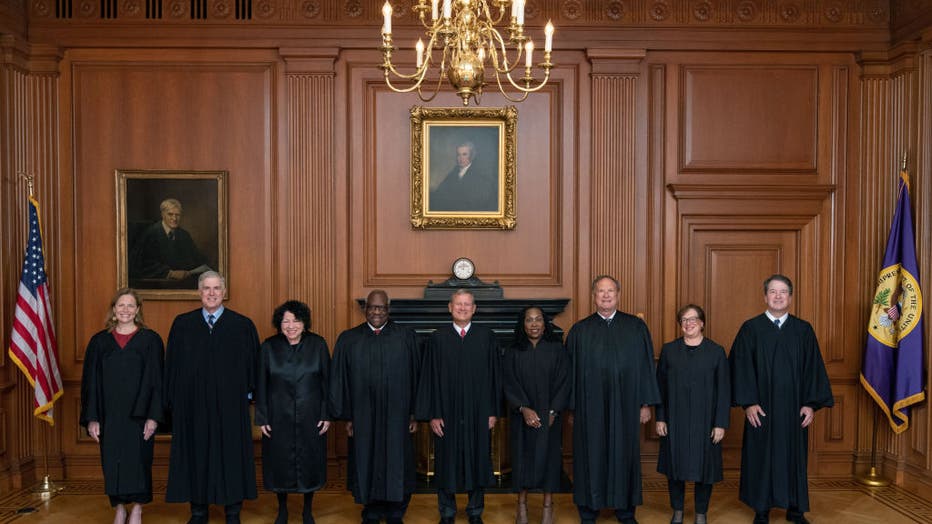 Republicans are asking the justices to embrace a novel legal concept that would limit state courts' oversight of elections for Congress.

The state GOP argues that state courts have no role to play in congressional elections, including redistricting, because the U.S. Constitution gives that power to state legislatures alone. Four conservative justices have expressed varying levels of openness to the "independent state legislature" theory.

This is yet another case in which the court is being asked to discard an earlier ruling and loosen the regulation of property under the nation's chief law to combat water pollution.

The case involves an Idaho couple who won an earlier high court round in their bid to build a house on property near a lake without getting a permit under the Clean Water Act. The outcome could change the rules for millions of acres of property that contain wetlands.

It's appealing a ruling against a Biden policy prioritizing deportation of people in the country illegally who pose the greatest public safety risk.

A Trump-era policy favored deporting people in the country illegally regardless of criminal history or community ties.

A new clash involving religion, free speech and the rights of LGBTQ people will also be before the justices.

The case involves Colorado graphic and website designer Lorie Smith who wants to expand her business and offer wedding website services. She says her Christian beliefs would lead her to decline any request from a same-sex couple to design a wedding website, however, and that puts her in conflict with a Colorado anti-discrimination law.

The case is a new chance for the justices to confront issues the court skirted five years ago in a case about a baker objected to making cakes for same-sex weddings. The court has grown more conservative since that time.

In November, the court will review a federal law that gives Native Americans preference in adoptions of Native children.

The case presents the most significant legal challenges to the Indian Child Welfare Act since its 1978 passage.

The law has long been championed by Native American leaders as a means of preserving their families and culture. A federal appeals court in April upheld the law and Congress’ authority to enact it. But the judges also found some of the law’s provisions unconstitutional, including preferences for placing Native American children with Native adoptive families and in Native foster homes.

Also on the menu for the justices: a California animal rights law.

The case stems from a 2018 ballot measure where California voters barred the sale of pork in the state if the pig it came from or the pig's mother was raised in confined conditions preventing them from laying down or turning around.

Two agricultural associations challenging the law say almost no farms satisfy those conditions. They say the "massive costs of complying" with the law will "fall almost exclusively on out-of-state farmers" and that the costs will be passed on to consumers nationwide.

The court's resolution of a dispute involving pieces by artist Andy Warhol could have big consequences in the art world and beyond. If the Warhol side loses a copyright dispute involving an image Warhol made of the musician Prince, other artworks could be in peril, lawyers say. But the other side says if Warhol wins, it would be a license for other artists to blatantly copy.