Suspect arrested in shooting of cops

Police arrested a man wanted in connection with the shooting of two Newark police officers. Kendall Howard, of East Orange, was charged with the attempted murder of police officers and illegal weapons possession.

NEWARK, N.J. - Police have arrested a man wanted in connection with the shooting of two Newark police officers on Tuesday afternoon.

The East Orange man, who also goes by "Book," had been the subject of a manhunt since the shooting.

The officers were shot as gunfire erupted near Van Velsor Place and Chancellor Avenue in the Weequahic neighborhood of the South Ward just after 1 p.m. on Tuesday.

The officers were taken to University Hospital. One cop was shot in the neck, the other in the leg. Both were in stable condition on Wednesday morning. One officer was released by Wednesday evening. 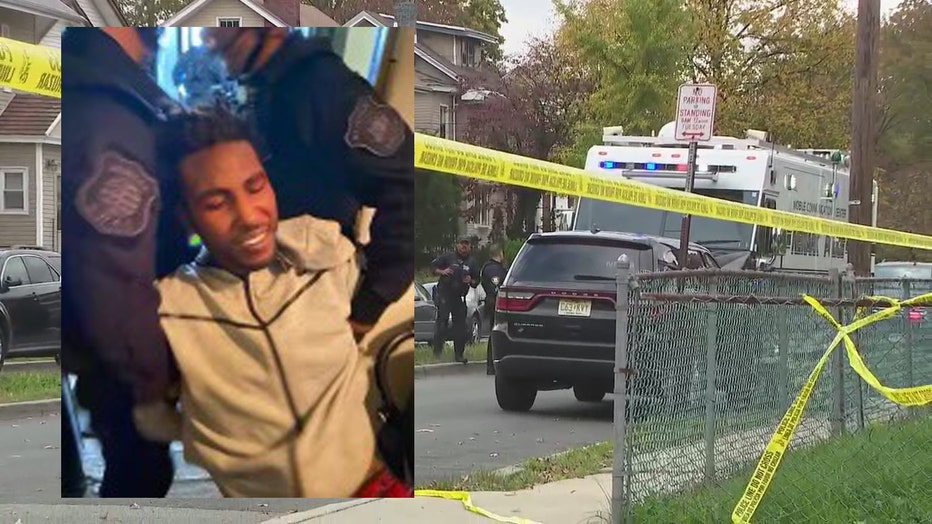 The officers had gone to an apartment complex to check out a tip from a caller about a suspect in a previous shooting, according to Mayor Ras Baraka. The caller had seen a flier that had a photo of a person wanted in a shooting a few days earlier. The caller suspected the person seen in the photo was a resident of the complex.

Newark Mayor Ras Baraka gave an update on the shooting of two cops on Tuesday. Then the officers encountered a man suspected in a prior shooting, that man opened fire on the cops, Baraka said.