What is the difference? COVID-19, the flu, the common cold

Health experts advise getting tested by a health care provider but here are some key differences between COVID-19, the flu and the common cold as told by a nurse educator.

The immune response generated from the common cold could help protect against COVID-19, according to a new peer-reviewed study by researchers in London — who also noted the findings could pave the way for a more long-lasting vaccine that protects against current and future variants.

T cells are a type of white blood cell that are part of the body’s immune system and help to protect the body from infection. Previous studies have shown that T cells induced by other coronavirus infections like the common cold can recognize SARS-CoV-2.

But the new study led by researchers at Imperial College London examined for the first time how the presence of these cells at the time of COVID-19 exposure can influence whether someone becomes infected.

"Being exposed to the SARS-CoV-2 virus doesn’t always result in infection, and we’ve been keen to understand why," Dr. Rhia Kundu, a researcher from Imperial College London and lead author of the study, said in a statement. "We found that high levels of pre-existing T cells, created by the body when infected with other human coronaviruses like the common cold, can protect against COVID-19 infection."

Kundu added that while the findings were "an important discovery ... I would stress that no one should rely on this alone."

"Instead, the best way to protect yourself against COVID-19 is to be fully vaccinated, including getting your booster dose," the study author added. 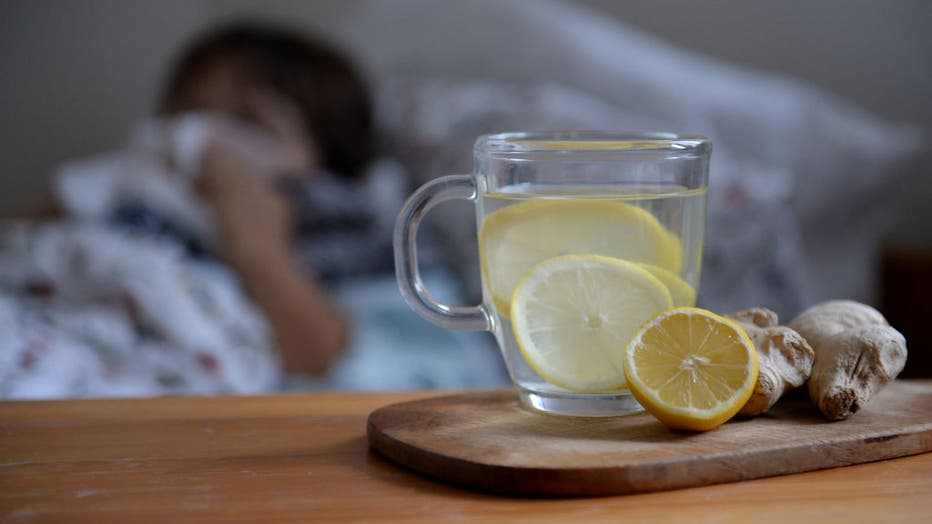 FILE - A woman is pictured blowing her nose into tissue in bed with a glass of water and lemon and ginger on a table in a file image dated Oct. 29, 2015. (Photo by Susann Prautsch/picture alliance via Getty Images)

The researchers said the findings, published Jan. 10 in Nature Communications, could provide a blueprint for a universal COVID-19 vaccine that could help protect against current variants like delta and omicron, as well as future strains.

The study began in September 2020 when most people in the U.K. had neither been infected nor vaccinated against COVID-19. It included 52 people who lived with someone who had COVID-19, half of whom went on to also become infected.

Blood samples from the 52 participants were taken within one to six days of them being exposed to the virus. This enabled the researchers to analyze the levels of pre-existing T cells induced by previous common colds.

The study found that there were significantly higher levels of T cells in the 26 people who did not become infected with the virus, compared to the 26 people who did get COVID-19. The researchers said that the T cells attack proteins inside the SARS-CoV-2 virus, rather than the spike protein on the surface of the virus — which is the target of the most widely-used vaccines.

"Our study provides the clearest evidence to date that T cells induced by common cold coronaviruses play a protective role against SARS-CoV-2 infection," Professor Ajit Lalvani, senior author of the study, said in a statement.

"The spike protein is under intense immune pressure from vaccine-induced antibody which drives evolution of vaccine escape mutants," Lalvani added. "In contrast, the internal proteins targeted by the protective T cells we identified mutate much less. Consequently, they are highly conserved between the various SARS-CoV-2 variants, including omicron."

Lalvani said a new vaccine that includes these internal proteins would induce "broadly protective T cell responses that should protect against current and future SARS-CoV-2 variants."

The team noted some limitations to their study, including its small size and lack of diversity as 88% of participants were White European ethnicity.

It was funded by the National Institute for Health Research and the Medical Research Council in the U.K.