Man to eat Taco Bell for 30 days for health experiment

Sam Reid talks with FOX Television Stations about his health experiment and love for Taco Bell.

The votes are in, and the Enchirito fans have it: Taco Bell’s Enchirito is coming back for a limited time after a fan vote.

Taco Bell announced the winner on Twitter Friday. The fast food Mexican chain launched a campaign on Sept. 27 allowing fans to vote for the return of one of two discontinued menu items. It was between the Enchirito and the Double Decker Taco.

The Enchirito was introduced on Taco Bell’s menu in 1970 and removed in 2013. It’s made up of a soft flour tortilla with seasoned beef, beans and diced onions all rolled up and smothered with red sauce, then topped with melted cheddar cheese. It returns to the menu Nov. 17. 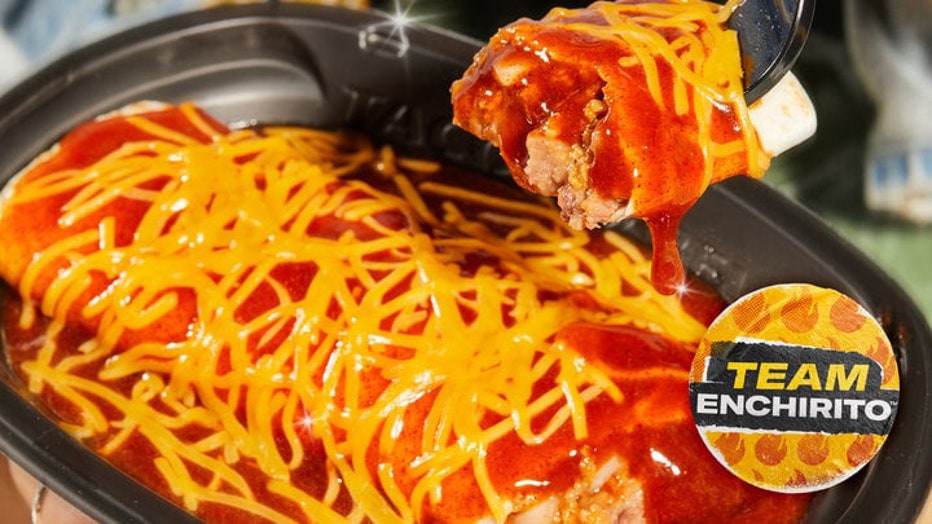 The company says they were inspired by the "love and passion" they saw from fans with the return of the Mexican Pizza.

"On the heels of the love and passion we saw for Mexican Pizza, we wanted to continue elevating the voices of our most loyal fans," said Sean Tresvant, Taco Bell's Chief Brand Officer. "Nobody gets Taco Bell more than our community."