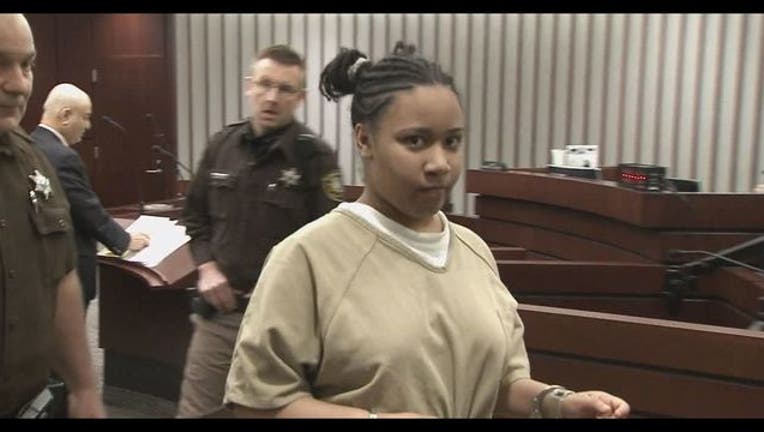 DETROIT (WJBK) - A teen was sentenced to life in prison without parole Thursday for stabbing and killing her disabled mother on Christmas Day.

Delilah Evans, 17, was sentenced for first-degree premeditated murder for stabbing her disabled mother, Sonia Riang, in her home. The mother's body was found inside their Clinton Township apartment by another relative.

The judge in the case said Evans stabbed Riang 120 times.

Evans was not in the home when police arrived. A 7-Eleven employee recognized a photo of the girl and told police she was wrapped in a blanket and said she was homeless.

She was arrested the next day by Fraser police.

Before the Judge Richard Caretti delivered his verdict, defense made a few final arguments. He said her father has 16 children and she was neglected, which he says contributed to this tragedy. He also added her calm demeanor was because she was not fully understanding the situation.

"To plot and then execute a diabolical plan to brutally murder your own mother is unspeakable," he said.

Caretti said her extensive planning and efforts to cover up her involvement in the murder indicated maturity to know what she was doing.

He said the court noticed she has not expressed remorse, and has appeared disinterested in the various hearings and trials. He says even if she should be rehabilitated, there is no evidence to suggest her mental state would not deteriorate.

FOX 2 News Now streamed the sentencing live. WATCH IT BELOW: