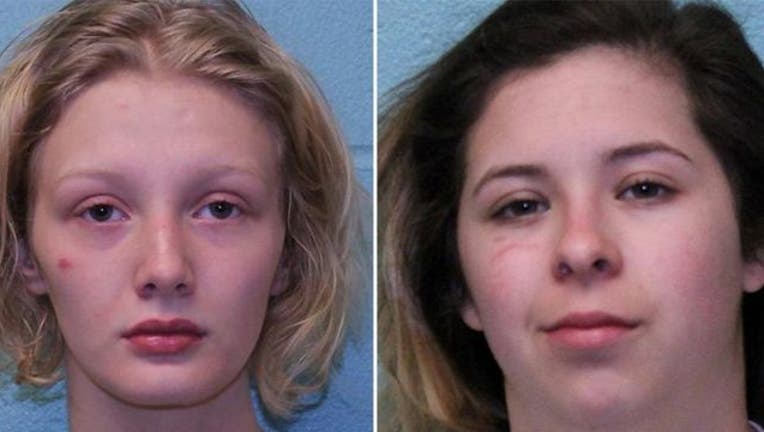 Hallie Pate, left, and Jordan Alexis Ruiz were arrested for breaking into a home and killing the pets inside, officials said. (Lenoir County Sheriff's Office)

FOX NEWS - Two female teenagers are accused of breaking into a North Carolina home, killing the pets inside and setting a vehicle on fire, police said.

Hallie Pate, 17, of Kinston, and Jordan Ruiz, 18, of Albertson, reportedly broke into the home of a girl they went to school with in Lenoir County on Feb. 4.

Once inside, the teens allegedly killed the girl’s two parakeets before smearing the birds’ blood on the furniture, the Lenoir County Sheriff’s Office said.

The teenagers also allegedly stole some items from inside the home, including an Xbox One gaming system and medical inhalers. After finding a vehicle parked outside, they set the car ablaze and left, officials said.

The pair were arrested Thursday on a dozen charges, including breaking and entering, larceny and cruelty to animals. They were caught after allegedly trying to sell the stolen items.

“It would be bad enough if they just broke in and attempt to take something, but when you break into a home, kill an animal and then attempt to burn the place, that’s very disturbing,” Sheriff Ronnie Ingram said, according to the Daily Mail.