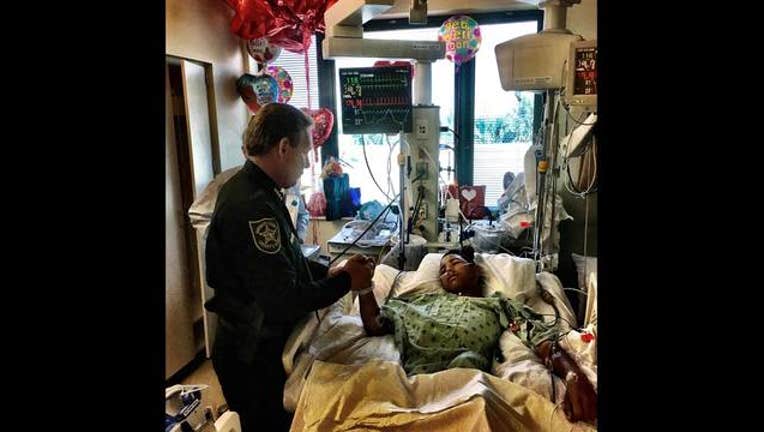 BROWARD COUNTY, Florida (KTVU) - Broward County Sheriff  Scott Israel went to visit a 15-year-old boy who is recovering after being injured while saving others in the Marjory Stoneman Douglas High School shooting.

According to a Gofundme posted for the teen, Borges was able to save about 20 other students as he attempted to close and lock the door to a classroom.

The teen was shot five times. Both of his legs were shot, his left upper thigh bone shattered and a bullet went through his back, according to the Gofundme.

Borges is recovering and is stable but has a long road ahead with more surgeries needed. Sheriff Israel stopped by the hospital to visit Borges.

An orphaned 19-year-old with a troubled past and his own AR-15 rifle was charged with 17 counts of premeditated murder Thursday morning following the school shooting.