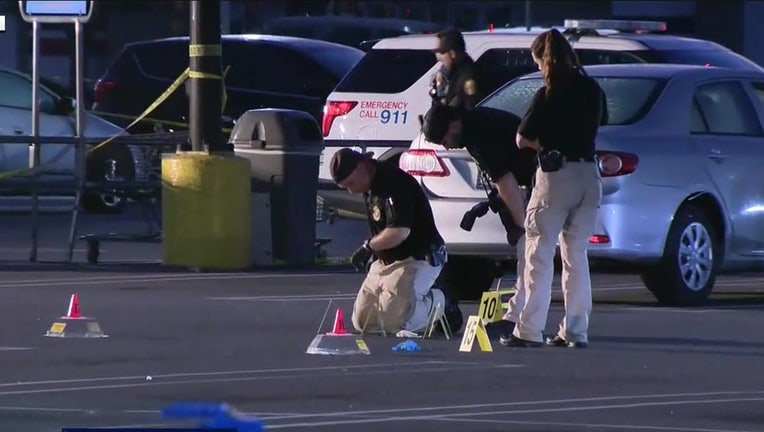 BURLINGTON TOWNSHIP, N.J. - Gunfire in the parking lot of a New Jersey Walmart has claimed the life of a teenager and left his father wounded.

Shots rang out just after 10 p.m. Thursday outside the store on Mount Holly Road.

According to Burlington County prosecutors, police found Dione Williams Sr., 44, and his son Albert, 17, both of Hammonton, suffering from gunshot wounds.

They were taken to Cooper University Hospital in Camden, where the teen was pronounced dead. His father was treated and released, authorities said.

The preliminary investigation indicates it was not a random shooting, authorities said.

The store was open at the time of the shooting.

No arrests have been made and the investigation was ongoing.