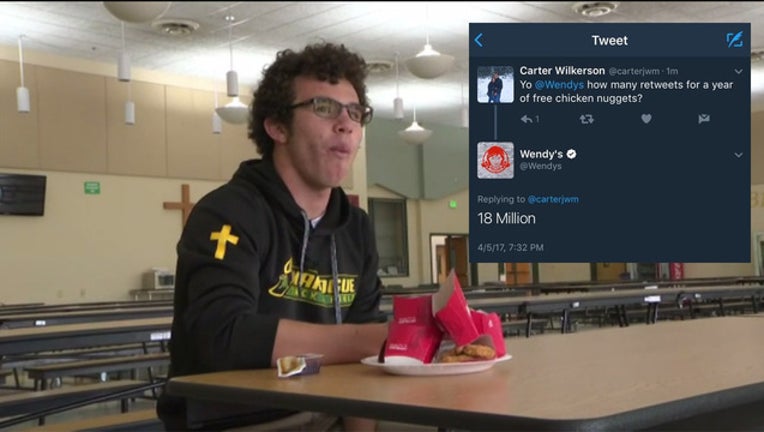 NEW YORK (FOX5NY) - A teen's Twitter stunt to win a year of free chicken nuggets from Wendy's might become the social platform's most retweeted post of all time.

16-year-old Carter Wilkerson tweeted at the fast food chain asking how many retweets it would take to get free nuggets for a year.  The response was 18 million.

Wilkerson replied "Consider it done" and began a campaign to get retweets.  He's up to 2.7 million in less than two weeks.

The record for any retweet in the history of Twitter was nearly 3.3 million for a post Ellen Degeneres posted at the 2014 Oscars.

The Reno, Nevada teen is basking in the viral fame.

"One of the Victoria Secret Angeles re-tweeted it, telling that she'd take me to new York and get me a frosty.  I don't know if it was a metaphor or literal," Wilkerson says.

His mother is a breast cancer survivor so he has created t-shirts for the campaign and says he is donating the profits to charity. 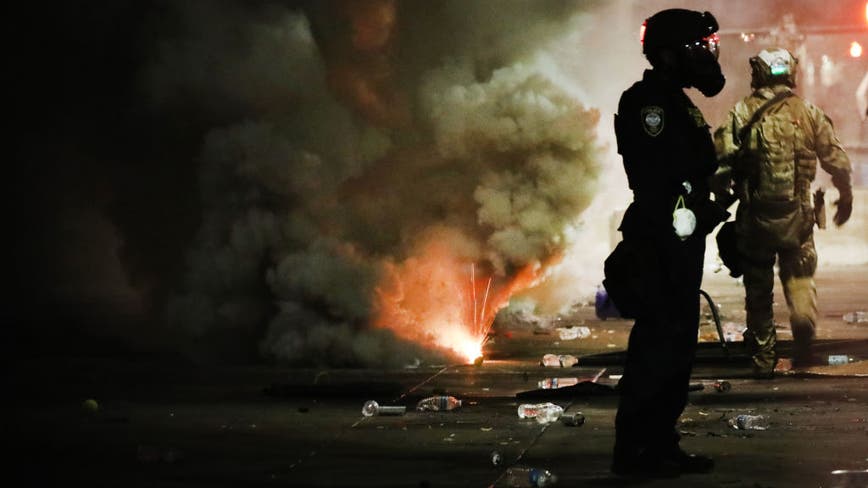 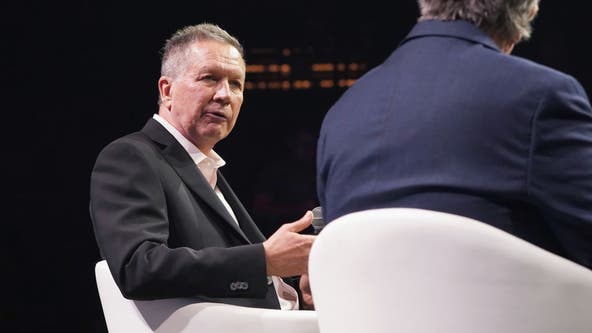