The history of Apple, Inc.

How two college dropouts built what would become one of the world's most influential companies.

A pair of Texas parents is suing Apple over their son's hearing loss, which they say was caused by Amber Alerts on the company's AirPods earbuds.

Carlos Gordoa and Ariani Reyes said their son, identified as B.G. in a lawsuit filed Monday in U.S. District Court in Northern California, suffered severe ear damage because the AirPods "failed to automatically reduce or limit notification and/or alert volumes."

"This is an action for personal injuries after defective AirPods worn by B.G. in his right ear produced ear shattering sound levels that ripped open B.G.’s right ear drum and damaged his cochlea during an Amber Alert notification, causing B.G. to suffer from tinnitus, significant and permanent hearing loss, other temporary or permanent injuries, pain, suffering, and disabilities leading to the loss of the pleasures of life," lawsuit states. 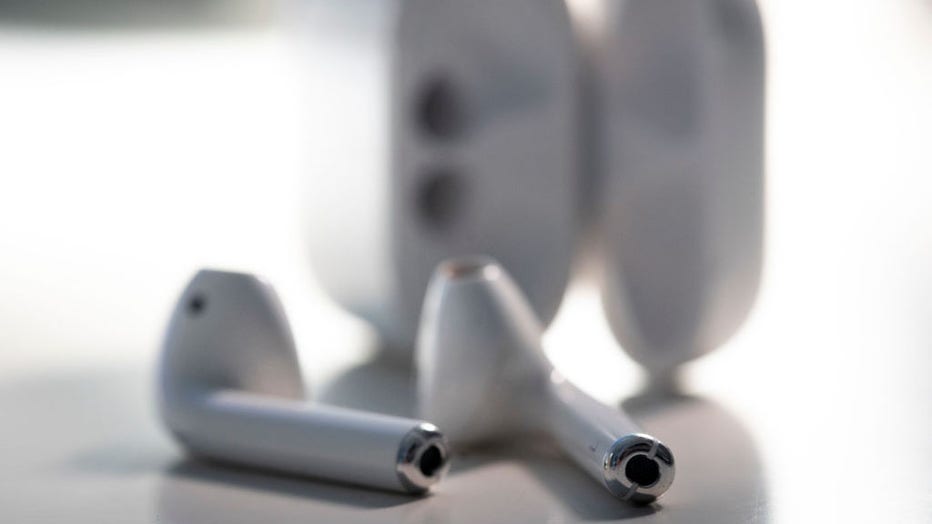 Apple Airpods are seen with their charging case in Warsaw, Poland on March 31, 2020. (Photo by Jaap Arriens/NurPhoto via Getty Images)

On May 17, 2020, the son was watching Netflix on his iPhone, which was connected to the earbuds at a low volume when an Amber Alert went off. The sound "tore apart" his eardrum and damaged his hearing, according to the complaint.

As a result, he has suffered dizziness, vertigo and nausea, it said. The hearing loss continues to persist, the lawsuit states.

"We are very sad, frustrated, and we are also a little bit angry," said Reyes in a video statement. "Because he was just a regular, healthy, athletic boy and his life has changed."

She said he was a soccer player and the injury has negatively impacted him.

"This boy’s life has been severely altered because Apple did not provide a warning about the volume levels of its AirPods, leading to his permanent hearing loss," Tej Paranjpe from PMR, one of the lawyers for the family said in a statement to Fox San Francisco. "Had Apple designed the AirPods to self-adjust to safe levels or provided warnings about the volume increases associated with alerts, this boy would be living a normal life."

FOX Business has reached out to Apple for a response.