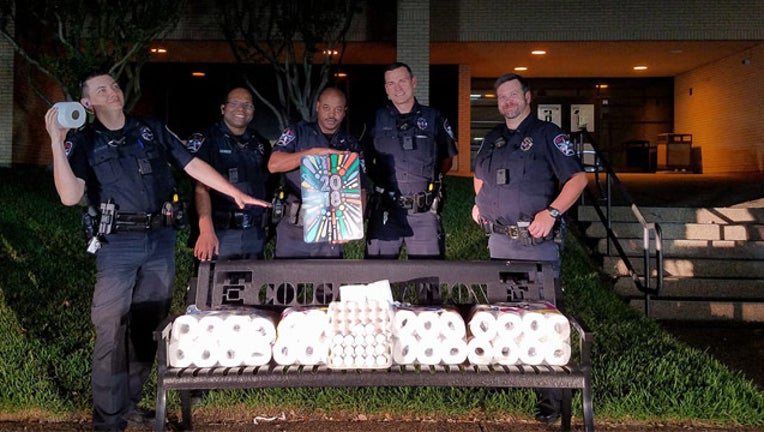 "We were sorry to see that you ran away before we could thank you in person. May your life after graduation go better than this prank." (The Colony Police Department)

Police in The Colony, Texas, have offered their thanks to three students over a botched prank.

The Colony Police Department said on Facebook Monday that it wanted “to thank the three students from the class of 2018 for their generous donation of toilet paper and eggs for breakfast.” The security system at The Colony High School records surveillance footage, leading to the authorities being tipped off, The Dallas Morning News reported.

“When we responded, the kids ran off, and then [our officers] found the toilet paper and cart of eggs still laying on the ground,” police spokesman Rick De La Cruz told the newspaper.

He added that police don’t know when the prank was supposed to happen.