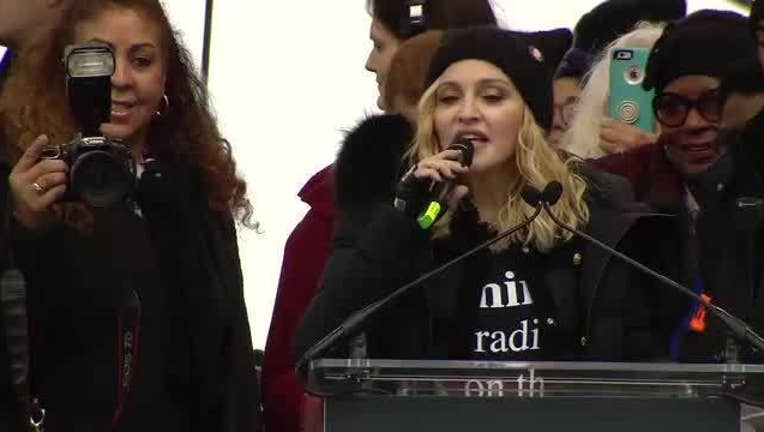 A Texarkana radio station has banned Madonna songs from its airwaves after her controversial comments about President Trump at a weekend protest.

"In addition to ‘F-bombs’ in her speech, Madonna talked about how upset the election results had made her including her now infamous...'Yes, I have thought an awful lot about blowing up the White House,' comments," HITS 105 said in a statement on their Facebook page.

Their general manager, Terry Thomas, added "banning all Madonna songs at HITS 105 is not a matter of politics, it’s a matter of patriotism. It just feels wrong to us to be playing Madonna songs and paying her royalties when the artist has shown un-American sentiments."