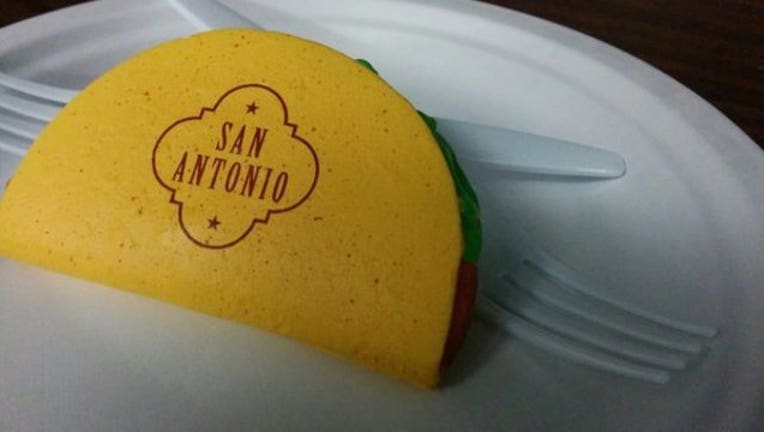 The great breakfast ‘taco war’ has come to an end.

It all started back in February when a food critic with Austin Eater called Austin the 'home' of the breakfast taco.

San Antonio took issue with that and since then things have been a little tense between the two cities.

Complete with a mariachi band, the two discussed this serious taco issue and even signed an 'I-35 Accord' to put the fight to rest.

Whereas,
You can never say you’ve really been to Texas unless you’ve eaten a breakfast taco: and,
Whereas,
Austin originated the term ‘breakfast taco’ but could not possibly claim ownership over this give from Texas to all humanity: and,
Whereas,
The Great Breakfast Taco War of 2016 has distracted us from the real conflict between those who prefer corn tortillas over those who prefer flour: and,
Whereas,
In Austin, Taco Tuesday can fall on a Thursday:
Now, Therefore,
I Steve Adler, Mayor of the City of Austin, Texas, do hereby proclaim
March 10, 2016 as Breakfast Taco Day in Austin.

Austin Mayor, Steve Adler had this to say, "The summit was successful because it ended with peace. Frankly the San Antonio breakfast taco was pretty good too.  We both have wonderful breakfast tacos."

FOX 7's Casey Claiborne was there and streamed the whole event on his Facebook page.  You can watch here.

MORE ON THE BREAKFAST TACO SUMMIT

WHERE DID THE BREAKFAST TACO COME FROM?