A great weekend of college football is on tap Saturday with three games featuring top-25 teams on FOX.

Coverage begins with Big Noon Kickoff at 10 a.m. ET on FOX followed by Big Noon Saturday when the No. 4 Michigan Wolverines face a huge road test against the Indiana Hoosiers at noon ET. 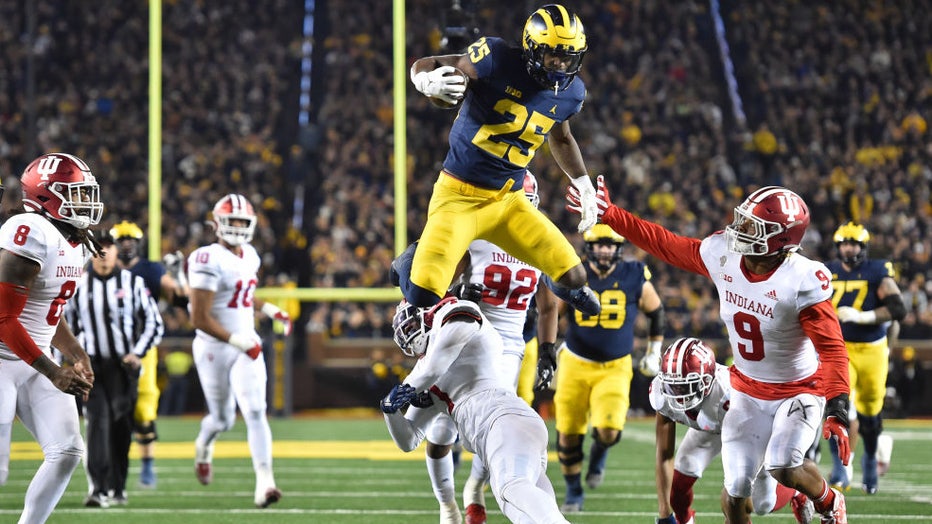 No. 4 Michigan vs. Indiana

Michigan RB Blake Corum is off to a great start this season averaging 122.2 rushing yards per game and 10 touchdowns, which leads the nation.

Corum takes on an Indiana defense that’s played better despite the unit giving up an average of 142.6 yards rushing per game.

Robinson will look to have another elite performance against No. 11 Utah (4-1) and a defense led by cornerback Clark Phillips III, who had three interceptions, including one for a touchdown, in a win over Oregon State last week. Phillips was voted the league’s defensive player of the week.

Trojans QB Caleb Williams has thrown for 12 touchdowns against one interception. He has also rushed for three scores. Williams will have to be on top of his game against a Cougars defense led LB Daiyan Henley, who leads the team with 44 tackles, 9 1/2 tackles for loss, four sacks and two forced fumbles.

USC leads the nation in interceptions with 12 and Washington State leads the Pac-12 in tackles for loss (44) and ranks second in sacks (18).

The Trojans are 6-1 in its past seven home games against Washington State with hopes of extending their win streak Saturday night in Los Angeles.