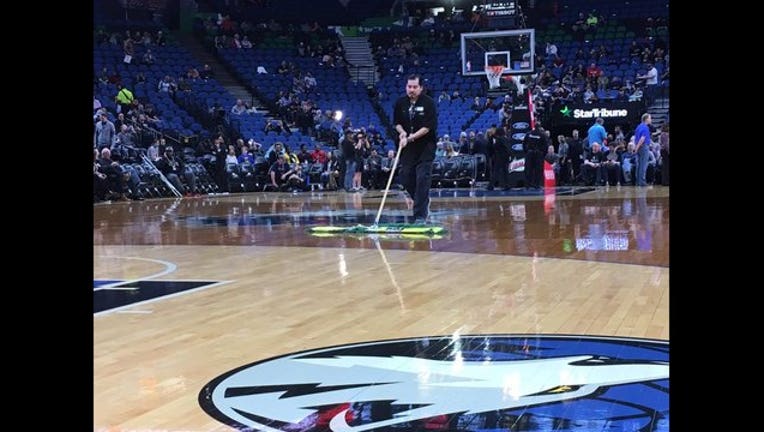 MINNEAPOLIS (KMSP) - Monday night's Timberwolves game against the Portland Trail Blazers has been canceled after condensation formed on the court from ice beneath the floor at Target Center.

Several Disney on Ice shows took place at the Target Center over the weekend and the ice is expected to remain beneath the court through March 18 for an upcoming hockey tournament. A Timberwolves spokesperson said the humidity in the air from the recent bout of warm weather is causing condensation on the walkways around the court.

"When players started warming up they said it was real slippery,” head coach Tom Thibodeau told the media following the decision to cancel the game. “There was too much condensation."

The game was scheduled to start at 7 p.m. Staff had already begun letting fans into the building when officials announced it was canceled.

"It happens, not the first time a game has been canceled,” Thibodeau said. “The league is safety first for everybody."

The Timberwolves-Blazers game is expected to be rescheduled for a later date.