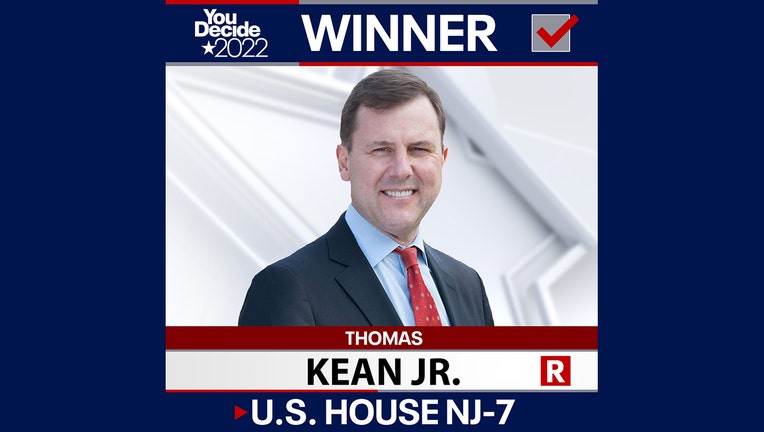 NEW JERSEY - Republican Thomas Kean Jr. has declared victory in the election for the New Jersey 7th Congressional District seat he failed to win 2 years ago.  He defeated Rep. Tom Malinowski to represent a wide section of the state that stretches from the New York City suburbs to the Pennsylvania state line.

Kean represented District 21 in the state senate from 2003 to January 2022 and was the N.J. senate minority leader during his tenure.  He has also previously served in the New Jersey General Assembly.

The district was redrawn since that election and was believed to be more favorable for Republicans.

Kean tried to tie Malinowski to corruption and far-left liberals in the Democratic party. He also used inflation and the economy as campaign themes.