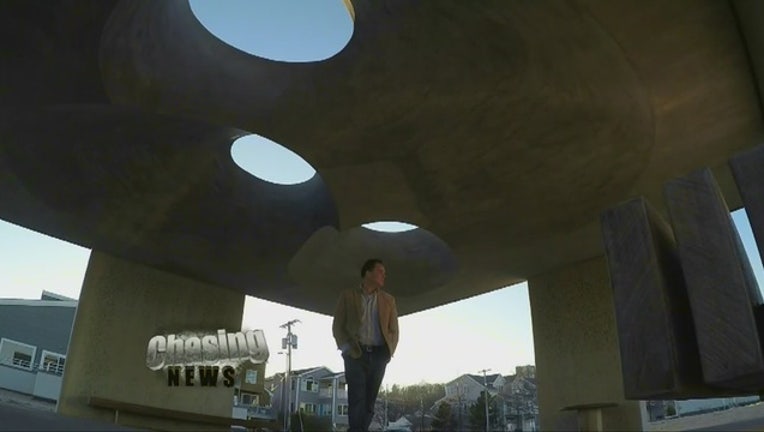 HIGHLANDS, N.J. (AP) — A town in New Jersey demanded that a concrete association trade group remove a hulking monument to the survivors of Superstorm Sandy from a beach.

An attorney for Highlands sent a letter to Iowa-based Tilt-Up Concrete Association on Monday, asking the monument's donor to take down the more than 1,100-square-foot structure, dubbed "Shorehenge," from a borough beach, the Asbury Park Press reported.

"The borough demands that Tilt-Up immediately and unconditionally remove the structure," town attorney Bruce Padula said in the letter to the group's managing director, Mitch Bloomquist.

A message to Bloomquist on Tuesday wasn't immediately returned.

The state Department of Environmental Protection informed the borough in November that that the monument was not permitted under the Coastal Area Facilities Review Act, which oversees development on the state's coastline.

The monument, a gift from the trade group that promotes the tilt-up construction technique, was put up in September and has been questioned by residents for its aesthetics. Its canopy alone weighs nearly 350,000 pounds and its placement above four walls has been called an unprecedented feat of engineering by contractors.

A dedication plaque on the structure reads, "In honor of the spirit of our community. Hurricane Sandy, October 29, 2012."

Most Highlands businesses and homes were destroyed or damaged by Superstorm Sandy.

The matter is still pending and no fines have been issued, according to the department.

Borough officials said they will wait to comment further until Tilt-Up responds to their letter.