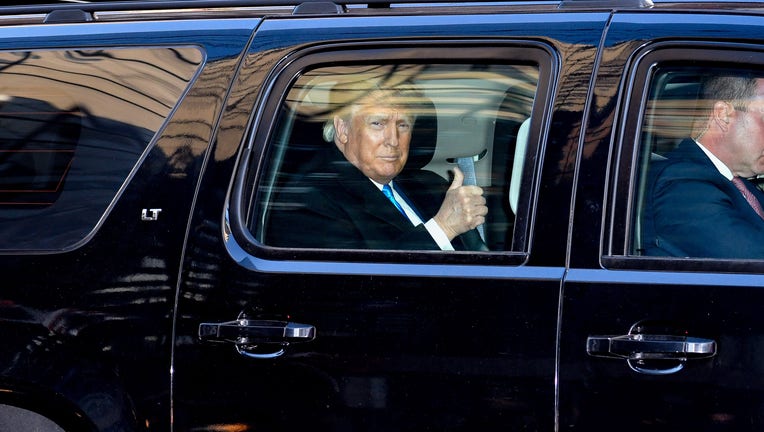 After being banned from multiple social media platforms for "inciting violence" ahead of the deadly riot at the U.S. Capitol on Jan. 6, a senior adviser to former president Donald Trump says Trump has plans to make a comeback online by way of a new social media platform.

Jason Miller told FOX News’ "#Mediabuzz" on Sunday that he expects Trump will return to social media in "about two to three months here with his own platform" that he’s creating.

"This is something that I think will be the hottest ticket in social media, it’s going to completely redefine the game, and everybody is going to be waiting and watching to see what exactly President Trump does," Miller said.

Miller said he was unable to provide much more in terms of details at this point, but he did reveal that Trump has been having "high-powered meetings" at Mar-a-Lago with various teams regarding the venture, and that "numerous companies" have approached Trump.

"This new platform is going to be big," Miller said, predicting that Trump will draw "tens of millions of people." Trump had 88 million followers on Twitter before he was banned.

Trump was initially blocked from posting for several hours on both Twitter and Facebook in the immediate aftermath of the insurrection. The deadly attack on the U.S. Capitol was carried out by a mob of his supporters attempting to stop Congress’ certification of President-elect Joe Biden’s 2020 election victory. More than 300 people have now been charged.

There was no widespread fraud in the election, which a range of election officials across the country — including Trump’s former attorney general, William Barr — confirmed. Republican governors in Arizona and Georgia, key battleground states crucial to Biden’s victory, also vouched for the integrity of the elections in their states.

Nearly all of the legal challenges to the election from Trump and his allies have been dismissed by judges, including two tossed by the Supreme Court, which includes three Trump-nominated justices.

Timeline of the riot at the US Capitol on Jan. 6

What started as a congressional and democratic exercise in the peaceful transfer of power, devolved into death, destruction and chaos.

"After close review of recent Tweets from the @realDonaldTrump account and the context around them — specifically how they are being received and interpreted on and off Twitter — we have permanently suspended the account due to the risk of further incitement of violence," the social media giant wrote in a statement.

The statement continued: "In the context of horrific events this week, we made it clear on Wednesday (Jan. 6) that additional violations of the Twitter Rules would potentially result in this very course of action. Our public interest framework exists to enable the public to hear from elected officials and world leaders directly. It is built on a principle that the people have a right to hold power to account in the open."

RELATED: ‘I believe this was the right decision’: Twitter CEO Jack Dorsey speaks out on Trump ban

According to Twitter’s ban evasion policy, if another account was created by Trump and used for the purposes of evading the permanent ban, it would also be subject to permanent suspension.

Facebook founder Mark Zuckerberg said it was too risky to allow Trump to use social media, saying "his decision to use his platform to condone rather than condemn the actions of his supporters at the capitol building has rightly disturbed people in the US and around the world."

"Go home. We love you and you’re very special. You’ve seen what happens, you’ve seen the way others are treated that are so bad and so evil. I know how you feel but go home and go home in peace," Trump said in his taped statement to supporters on Jan. 6 that was removed from social media platforms.

Trump was eventually impeached by the House on a single charge of incitement of insurrection, the first president to be impeached twice. He was acquitted weeks later in the Senate with seven Republicans breaking party lines to vote to convict.

Both Republicans and Democrats condemned Trump’s rhetoric of a stolen election and actions leading up to the Jan. 6 riot but differed over how he should be held accountable.

Senate Minority Leader Mitch McConnell said after Trump was acquitted that he still has "no question" that Trump was "practically and morally responsible for provoking" the deadly attack on the U.S. Capitol.

McConnell said he could not vote to convict Trump because he is "constitutionally not eligible for conviction" because he is no longer president. Trump’s trial was held two weeks after Biden’s inauguration. McConnell did note that though Trump is now out of office, he remains subject to the country’s criminal and civil laws.

"He didn’t get away with anything yet," said McConnell.

FOX News contributed to this report