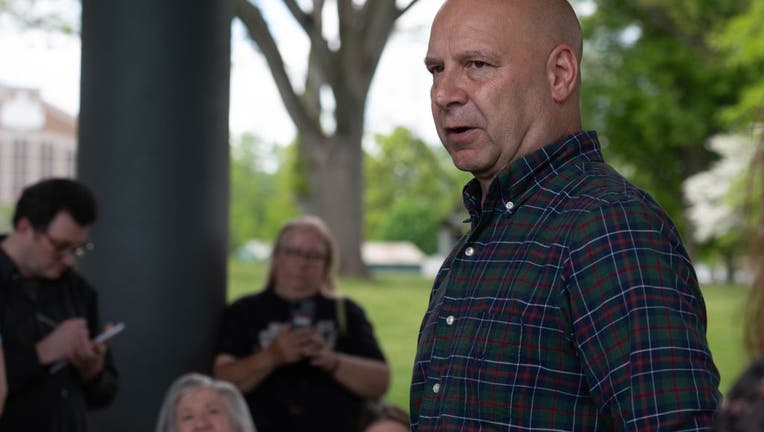 HARRISBURG, Pa. - Donald Trump on Saturday endorsed Doug Mastriano in Pennsylvania's Republican primary for governor, siding with a far-right candidate who was outside the U.S. Capitol during the Jan. 6 insurrection and has worked with determination to overturn the results of the 2020 presidential election.

Mastriano was already leading a crowded field of contenders, and the former president's endorsement puts him on even stronger footing heading into Tuesday's primary.

But there are growing fears from party leaders that Mastriano, a state senator and retired U.S. Army colonel, is too extreme to win the general election in November and could drag down other Republicans competing in the pivotal state where a U.S. Senate seat is also up for grabs.

Mastriano has, for example, helped spread unsubstantiated claims from Trump and his allies that Democrats fraudulently stole the election for Joe Biden — something that Trump seized on in his endorsement statement.

"There is no one in Pennsylvania who has done more, or fought harder, for Election Integrity than State Senator Doug Mastriano," Trump wrote. "He has revealed the Deceit, Corruption, and outright Theft of the 2020 Presidential Election, and will do something about it."

Trump called Mastriano "a fighter like few others, and has been with me right from the beginning, and now I have an obligation to be with him."

Mastriano is a prominent peddler of conspiracy theories, including Trump’s lies that widespread fraud marred the last White House race and resulted in his loss in Pennsylvania.

Mastriano also has and said he would take the extraordinary step of requiring voters to "re-register" to vote. Such a move is barred by the National Voter Registration Act and likely runs into significant protections under the federal — and possibly state — constitution and laws, constitutional law scholars say. But his embrace of such a concept is a significant breach of democratic norms respecting the results of a free and fair election.

"We’re going to start all over again," he said during a debate last month, referring to registration.